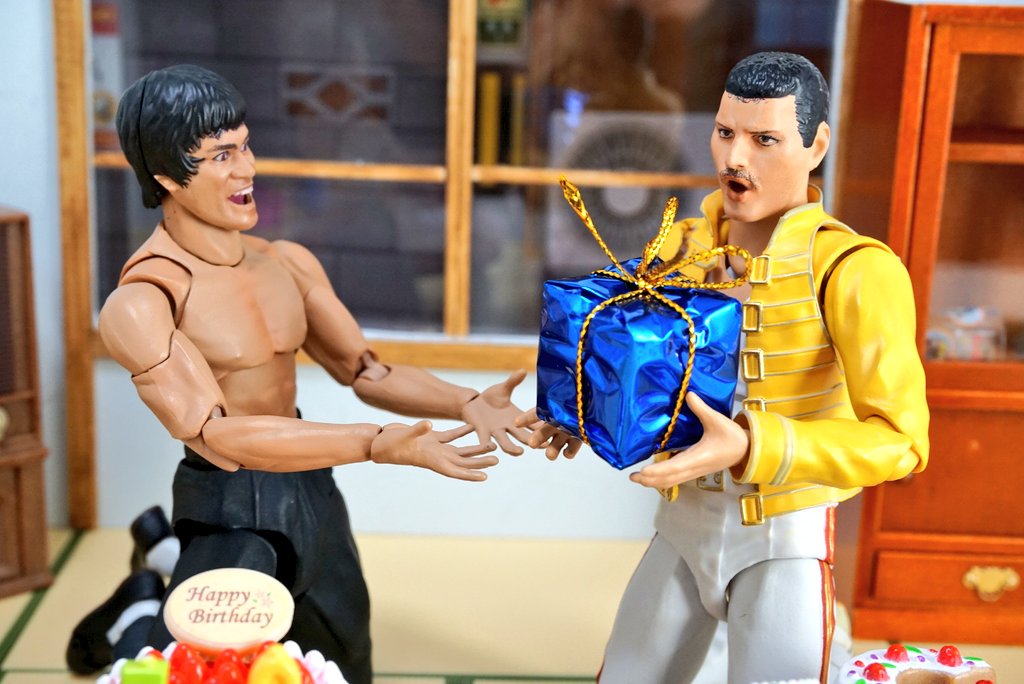 As far as I know, Bruce Lee and Freddie Mercury never actually met in real life. But thanks to this toy and game-themed Japanese Twitter account, their action figures are now best friends. Admittedly, I can’t quite figure out exactly what’s unfolding on @suekichiii’s account. But I have to imagine it would be even better scored by Queen’s “You’re My Best Friend.”

So go ahead and hit play, then peruse some of Bruce and Freddie's best BFF moments below:

You're My Best Friend