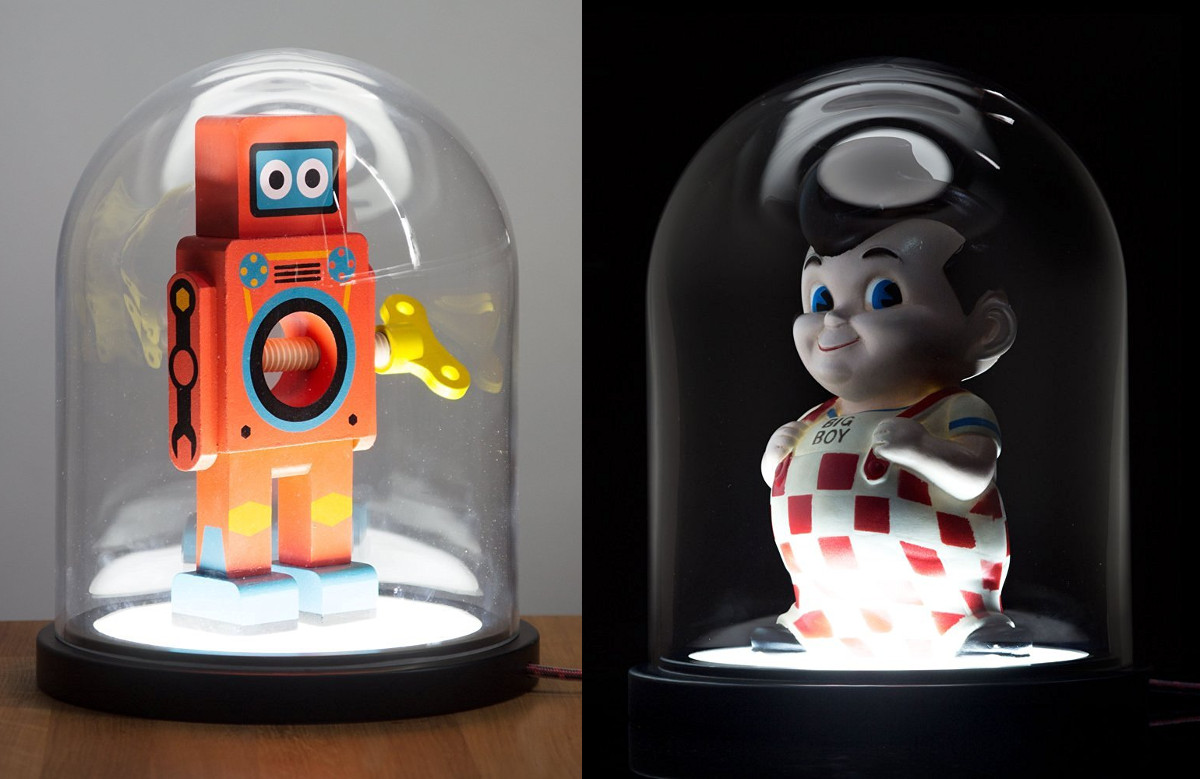 There is literally nothing in the world that isn't made cooler by being displayed in a bell-jar, and the addition of a diffused white LED base to the traditional jar in the Suck UK jar is a genius move that is obvious in retrospect.

They're on the pricey side, even for something as nifty as this (I like the retro "cloth-wrapped" power cord), but worth it for that one, super special thing in your collection.