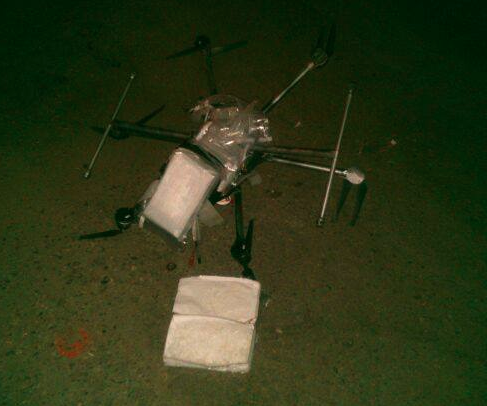 Dr Rodrigo Nieto-Gomez is a research professor at the Naval Postgraduate School, studying "criminal entrepreneurship" in drug cartels, who beat Amazon to using drones for delivery by years, use modified potato guns to shoot cocaine and marijuana bundles over border fences, and represent the "true libertarian, Ayn Rand capitalism."

In a wide-ranging interview with Motherboard, Nieto-Gomez speculates on the future of drug smuggling (flying and submarine drones), and describes the Silicon Valley-like relationship between a Mexican investor class and the smuggler-innovators, who sell a share in future returns in exchange for capital to fund high-risk/high-tech R&D efforts to beat police interdiction.

Don’t you think if people really knew the odds of being captured or killed while working as a drug dealer they might reassess their career choice?
But what are the odds of becoming the next Steve Jobs or Elon Musk? They are tiny. But they fuel the dreams of 90 something percent of entrepreneurs in Silicon Valley that will probably fail. It’s ambition. These are low probability high reward kinds of environments. And that is highly ambitious behavior that you want to encourage. Those are the people that see a problem and don’t get deterred. They change everything.

One of the biggest missed opportunities on the War on Drugs is that we haven’t identified a way of filtering out these high-risk tolerant people that we are losing to organized crime. We aren’t providing any alternatives for them to take the exit and leverage some of the skill sets they acquired in a way that would be both high-risk and high-reward and also legal.