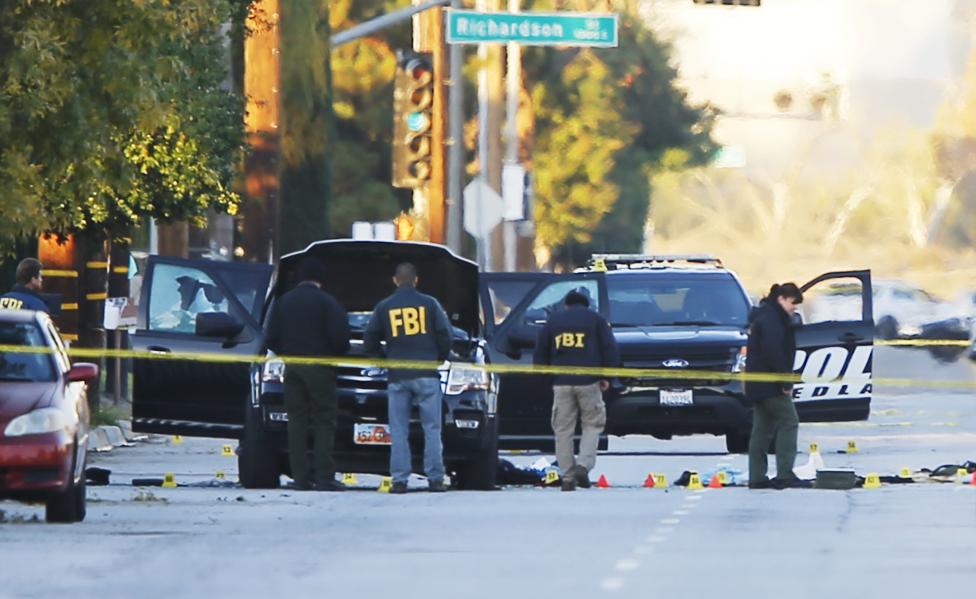 FBI and police are seen around a vehicle in which two shooters were killed following a mass shooting in San Bernardino. REUTERS/Mike Blake

VICE Media, USA Today owner Gannett, and the Associated Press today announced a Freedom of Information Act (FOIA) lawsuit against the FBI. The news organizations want to how much and who the government paid to hack into the San Bernardino shooters' iPhone, during the government's investigation into last year's mass shooting.

“The lawsuit seeks records about the FBI's contract with an unidentified vendor who provided a tool to unlock the phone belonging to Syed Rizwan Farook, who with his wife killed 14 people at a holiday gathering of county workers in December 2015,” reports AP.

The transaction, still shrouded in secrecy but paid for with taxpayers' money, abruptly halted a legal dispute in which the government sought to force Apple to bypass security measures on the phone, which Apple said was impossible to do without compromising the security and privacy of basically the entire country.

"Understanding the amount that the FBI deemed appropriate to spend on the tool, as well as the identity and reputation of the vendor it did business with, is essential for the public to provide effective oversight of government functions and help guard against potential improprieties," reads the lawsuit filed in U.S. District Court for the District of Columbia under the U.S. Freedom of Information Act.

This is the third FOIA suit the AP has filed against the Obama administration.

The suit by the media organizations argues that there was no legal basis to withhold the information and challenges the adequacy of the FBI's search for relevant records. It also said the public has a right to know whether the vendor has adequate security measures, is a proper recipient of government funds and will act only in the public interest.