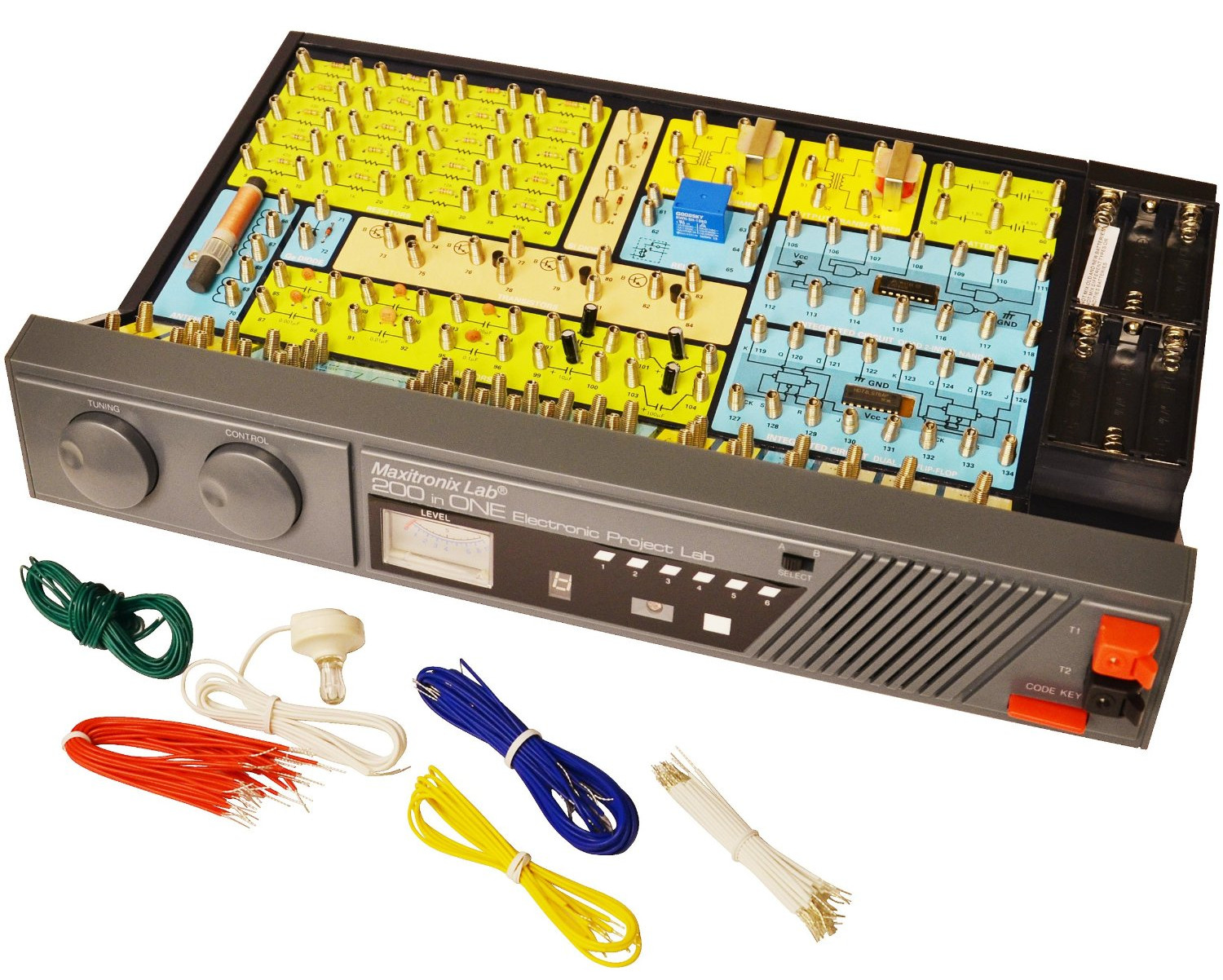 While looking into the Kano snap-together learning computer kit (Kickstarted in 2013, reviewed here last January) I got to thinking about Radio Shack's classic, much-loved 150-in-One Electronics Kit, which occupied literal years of my time when I was a boy.

That took me on a journey to Gareth Branwyn's 2010 Make piece about scratch-building a replica, a project that seems to have either ended early, or never reported in.

But then I found Elenco's highly rated 200-in-One Electronic Project Lab, which uses the same spring-wire, no-solder connectors, and adds a rack-mount chassis that lets your homebrew projects integrate with your home AV or networking gear.


The reviews are everything you'd hope for: people who remember the Radio Shack 150-in-One enthusing about recreating the experience with this kit; and parents and grandparents verifying that kids today find it just as engrossing and exciting.


There are 200 projects in the kit, including "Build your own Radio, AM Broadcast Station, Burglar Alarm, Electronic Game, Ohmmeter, Telegraph, Rain Detector and Sound effects tool."