Be future Marty McFly this halloween 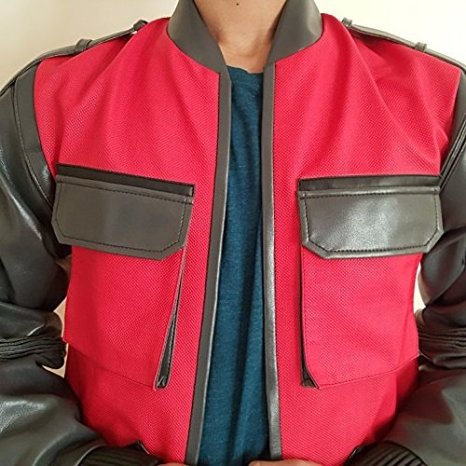 One of the wackiest, most fun movie predictions of the future came from Robert Zemeckis' Back to the Future Part II. The film took 80s trends and cast them forward perfectly! I've often felt ripped off that Marty McFly's polychromatic hat and awesome light up sneakers were never part of every day fashion.

While the wild predictions about 80s fashion permutations have yet to arrive, it is easy to go as Marty this year! Sadly the automatic jacket doesn't automatically adjust to fit, and the hoverboard doesn't hover, but this costumery does look great. I just love the dorky hat, I remember hating it as a kid!

I would rather have Marty's Gibson ES-345.

Back to the Future 2 Jacket / Marty McFly 2015 costumevia Amazon


Back to the Future 2 Light Up Shoes via Amazon


Back to the Future Hoverboard - ST via Amazon

Esmée Kramer is student in network and systems engineering.

A fun look at how Pixar celebrates Halloween

This cute animated short looks at Pixar’s in-house Halloween culture — from the crazy costumes their employees wear to the unbelievably cool and completely unconventional prizes they receive for wowing the judges at the annual lunchtime contest. Pixar’s Halloween Celebration emcee Michael Frederickson narrates the piece and says, “At Pixar, we take not being serious […]

Obvious Plant wins the droplifting game this year with these fake costumes he left on a Halloween store’s shelf somewhere.