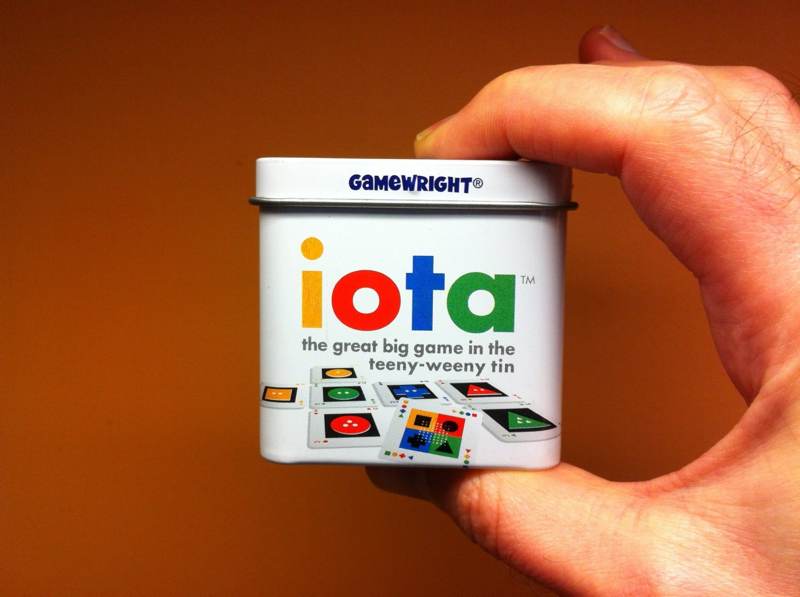 The paradox of Iota ($(removed) on Amazon) is that the cards are small, but you need a decent amount of table space to play the game. You play by adding cards to a grid. There are certain rules for playing cards, depending on how their color, shape, and number matches or doesn't match the neighboring card. We enjoyed playing this game with two players and three players (you can have up to four players).