Kickstarting a boardgame version of the Zombies, Run! exer-game 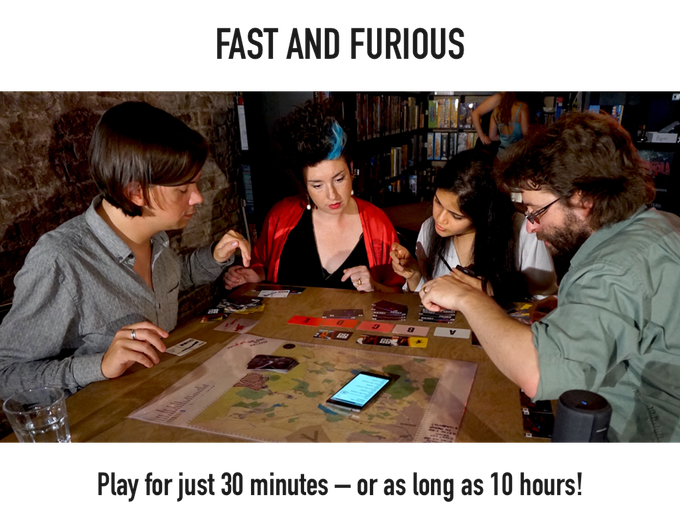 Zombies, Run! co-creator Adrian Hon writes, "That's right, we turned our running app and audio adventure into a board game! It's a frantic, fun, real-time audio-driven sprint across a zombie-infested landscape for 2-4 players, who must rescue survivors, uncover secrets, and (hopefully!) find a cure."

The really fun thing is that it'll have hours of richly interactive audio storytelling. Players will hear zombies approaching as you work together to escape them. They'll hear the voices of survivors and make snap decisions about who to trust -- and who to stab in the back for a few first aid kits.

The story is by Matt Wieteska, and we've got some fantastic writers lined up, including Naomi Alderman (Orange Prize Winner), Joanne Harris (author of Chocolat and The Gospel of Loki), and Rebecca Leven (author of the Hollow Gods series).

It starts at just $35, and we're really excited to see what people think of this rather unusual game!

Zombies, Run! The Board Game, [Six to Start and Naomi Alderman/Kickstarter]