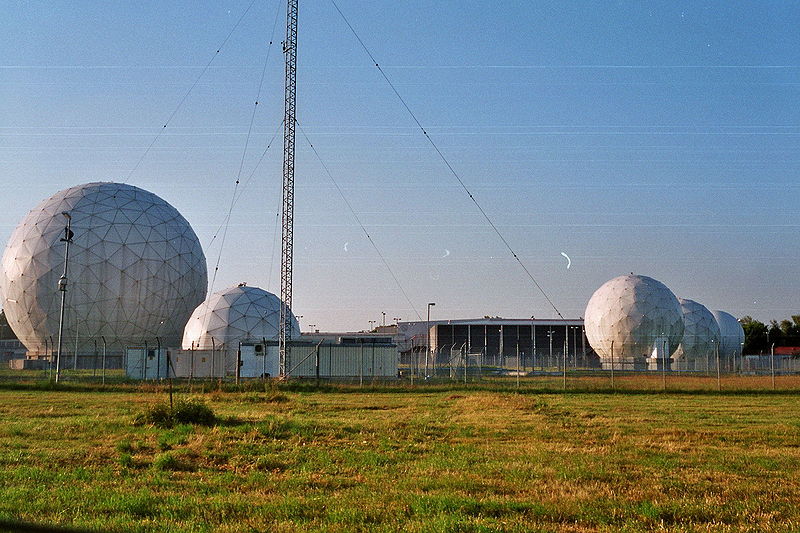 Netzpolitik is an amazing German activist/journalist organization; in 2015, they braved a treason investigation by publishing Snowden docs that showed that the German intelligence services were conducting illegal surveillance and illegally collaborating with the NSA; now they've done it again, publishing a new leaked oversight report on spying at the Bad Aibling surveillance station.

The new, classified report was written by Germany's surveillance oversight office, and it condemns the Bad Aibling station for breaking the law in creating "seven databases" of German's data, ordering these databases to be destroyed immediately; the report also notes that the Bad Aibling staff illegally hindered the oversight investigation; finally it notes that there are seven other stations it wasn't able to investigate, but suggests that there might be comparable wrongdoing there, and that there was so much illegal activity at Bad Aibling, they weren't able to catalog it all before running out of time.

Many of the illegal activities at Bad Aibling were subsequently made legal (thanks to the Merkel government's willingness to give the security services everything they asked for), but not retroactively, meaning that these are still crimes.

Some of what was illegally gathered and stored was obtained via the NSA's XKeyscore program, which harvests email, online chats, and browser histories in bulk. The report notes that the indiscriminate collection of data and communications was subject to very little in the way of minimization, resulting in plenty of non-targets being swept up in the dragnet and their data/communications dumped into the BND's databases.

Because of its […] systematic conception, XKEYSCORE – indisputedly – collects […] also a great number of personal data of irreproachable persons. The BND is not capable of substantiating their number […]. In one case I checked, the ratio was 1:15, i.e. for one target person, personal data of fifteen irreproachable persons were collected and stored, which were – indisputably – not required by the BND to fulfill its tasks […]..

The collection and processing of these data are profound violations of [the] BND law..