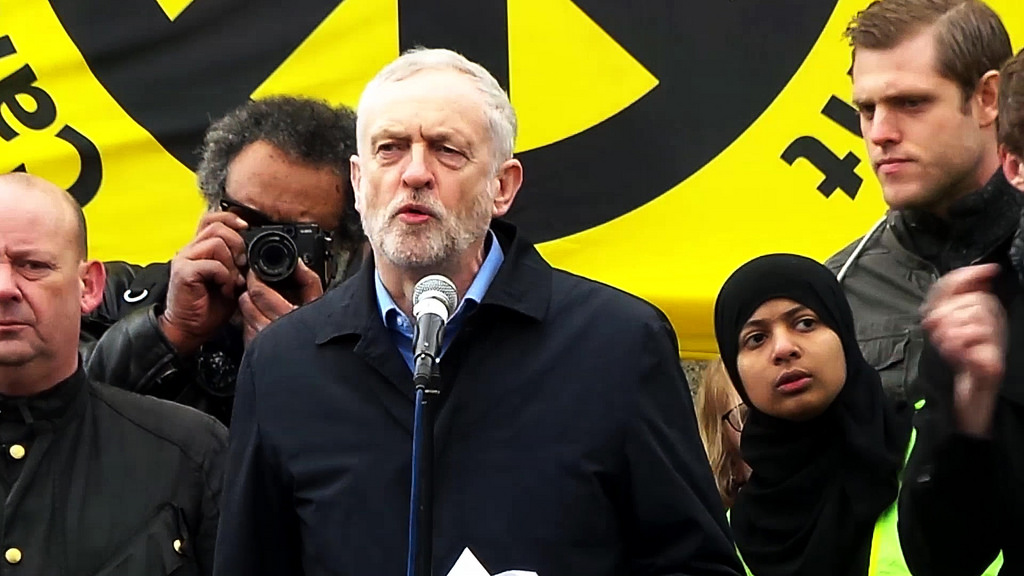 It's been just over a year since Jeremy Corbyn won the UK Labour Party leadership race with the biggest margin in history -- an avowed socialist who would reverse the party's years of special gifts to the UK's legendarily corrupt finance sector, fight mass surveillance, pull out of secretive trade deals -- a frugal man who walked his talk.

Almost immediately, his own party began sabotaging him, from the top on down, culminating in the mass-disenfranchisement of Corbyn supporters through an after-hours, non-agenda vote, which the party grandees doubled down on by spending the money those disenfranchised members had paid to appeal their decision to higher and higher courts.

In parallel, the UK press unilaterally declared Labour's most-popular-ever leader to be "unelectable" and did everything they could to sideline, belittle and dismiss him and his supporters, even as the UK Tories were leading the country to disaster through their Brexit vote.

So it is nothing short of a miracle that Corbyn has won the leadership race, and that, moreover, he has increased his lead, beyond last year's landslide, with a higher voter turnout than ever.

Corbyn's pledged to unite Labour (something that will require cooperation from the bankster-friendly, warmongering, surveillance-addicted party establishment) and promised not to retaliate against the party execs and elected leaders who tried to sabotage his leadership.

Mr Corbyn was first elected Labour leader in September 2015, when he beat three other candidates and got 59.5% of the vote.

Turnout was higher this time around, with 77.6% of the 654,006 eligible party members, trade union members and registered supporters - 506,438 in total - confirmed as taking part.

Mr Corbyn won comfortably in each of the three categories - winning the support of 59% of party members, 70% of registered supporters and 60% of affiliated supporters.

Despite winning the leadership in a vote of the wider membership and registered supporters last year Mr Corbyn, who spent three decades as part of a marginalised leftwing group of Labour MPs in Parliament, has never had the support of more than about 20% of Labour's MPs.