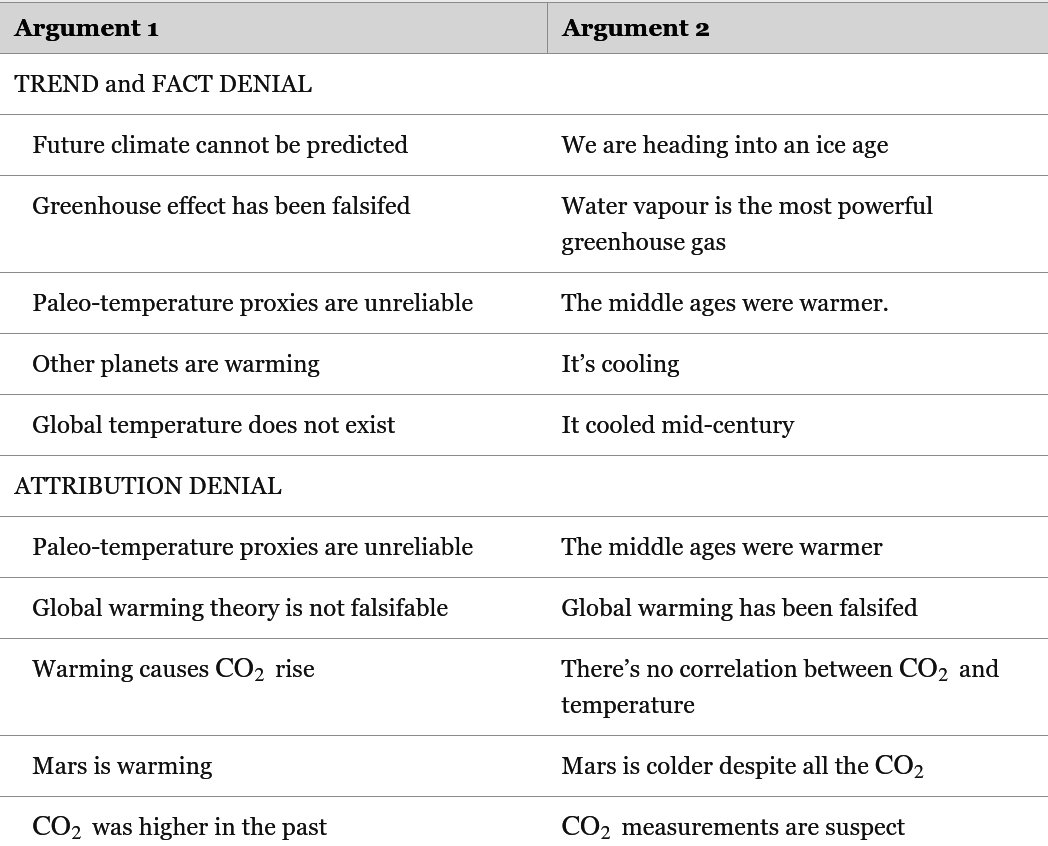 A trio of scholars who study the psychology and philosophy of science have written a fantastic paper for Springer's Sythese looking at the way that climate change conspiracy theorists construct their view of the world, and how these conspiracy theories contain self-contradictory theses (like the idea that climate change can't be predicted and the idea that the data shows we're actually headed for an ice-age).

Normal scientific discourse involves "coherence" -- that is, believing in something that doesn't contradict itself. But conspiracy theories aren't built on the idea of discovering the truth, but rather the idea of defending other ideas that are threatened by evidence.


In this case, the researchers hypothesize that the motivating factor behind the conspiracy theory is that the existence of climate change is hard to square with hard-line free-market economics (another motivation, clearly, is for hydrocarbon investors to make money and avoid paying penalties for their earlier conduct).


The relationship of defending an idea that you're invested in to denying evidence is well-understood, of course ("It is difficult to get a man to understand something, when his salary depends on his not understanding it" -Upton Sinclair). But the Synthese paper goes into excellent depth on the weird contradictions of climate denial, starting with the idea that climate change is actually driven by dark pools of money aimed at undermining the world's prosperity, when in reality, climate scientists have transparent (and relatively tiny) sources of funding (government-funded, nonpartisan organizations like NASA and NOAA), while the denial movement's home is in actual dark-money-funded think tanks who won't say where they get their money from, and who are regularly revealed to be secretly funded by self-interested hydrocarbon billionaires.

There is considerable evidence that the rejection of (climate) science involves a component of conspiracist discourse. In this article, we provided preliminary evidence that the pseudo-scientific arguments that underpin climate science denial are mutually incoherent, which is a known attribute of conspiracist ideation. The lack of mechanisms to self-correct the scientific incoherencies manifest in denialist discourse further evidences that this is not the level at which rational activity is focused, and we must move to a higher level, looking at the role of conspiracist ideation in the political realm. At that political level, climate denial achieves coherence in its uniform and unifying opposition to GHG emission cuts. The coherent political stance of denial may not be undercut by its scientific incoherence. Climate science denial is therefore perhaps best understood as a rational activity that replaces a coherent body of science with an incoherent and conspiracist body of pseudo-science for political reasons and with considerable political coherence and effectiveness.

The ‘Alice in Wonderland’ mechanics of the rejection of (climate) science: simulating coherence by conspiracism