Ex-Wells employees who were fired for NOT committing fraud launch $2.6B lawsuit 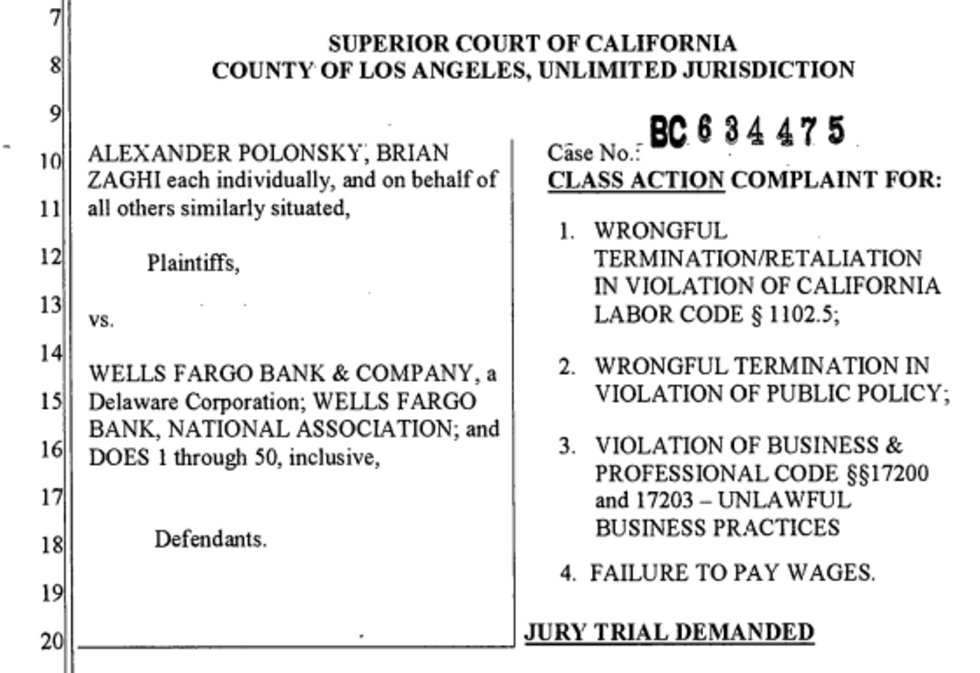 When four named whistleblowers came forward to reveal that they'd been illegally fired from Wells Fargo for reporting that the company was experiencing widespread fraud, it was deja vu all over again: Wells also punished whistleblowers who sounded the alarm during the subprime crisis, and was thus so totally compromised that they needed a $36B taxpayer bailout.

Now, the whistleblowers, as well as those employees fired for not committing fraud to meet sales targets, are suing for $2.6B in damages (the fine that Wells is slated to pay for the 2,000,000 accounts it fraudulently opened in its customers' name is a mere $180M, less than the $200M in bonuses paid to CEO John Stumpf on the basis of the gains the bank realized from these crimes).

Wells Fargo customers have to surrender their right to sue the bank when they open accounts, settling for the company-friendly binding arbitration process. Wells argues that customers agreed to give up this right even for fake accounts that they didn't open, and didn't know about.

If employees also had to sign forced arbitration documents to get their jobs, this lawsuit may die on the vine.

Executives profited off the scheme, stockholders made a profit over the last five years, and customers will "undoubtedly" get fees refunded, the suit argues. But people who were fired for refusing to break the law are left out in the cold, the lawyers claim.

Wells Fargo's lofty sales goals were "unrealistic," "impossible" and "unreachable," the suit alleges, and employees could not consistently meet the quotas without resorting to fraud or otherwise "gaming" the system.

"Thousands of employees who failed to resort to illegal tactics were either demoted or fired as a result," the lawsuit states.