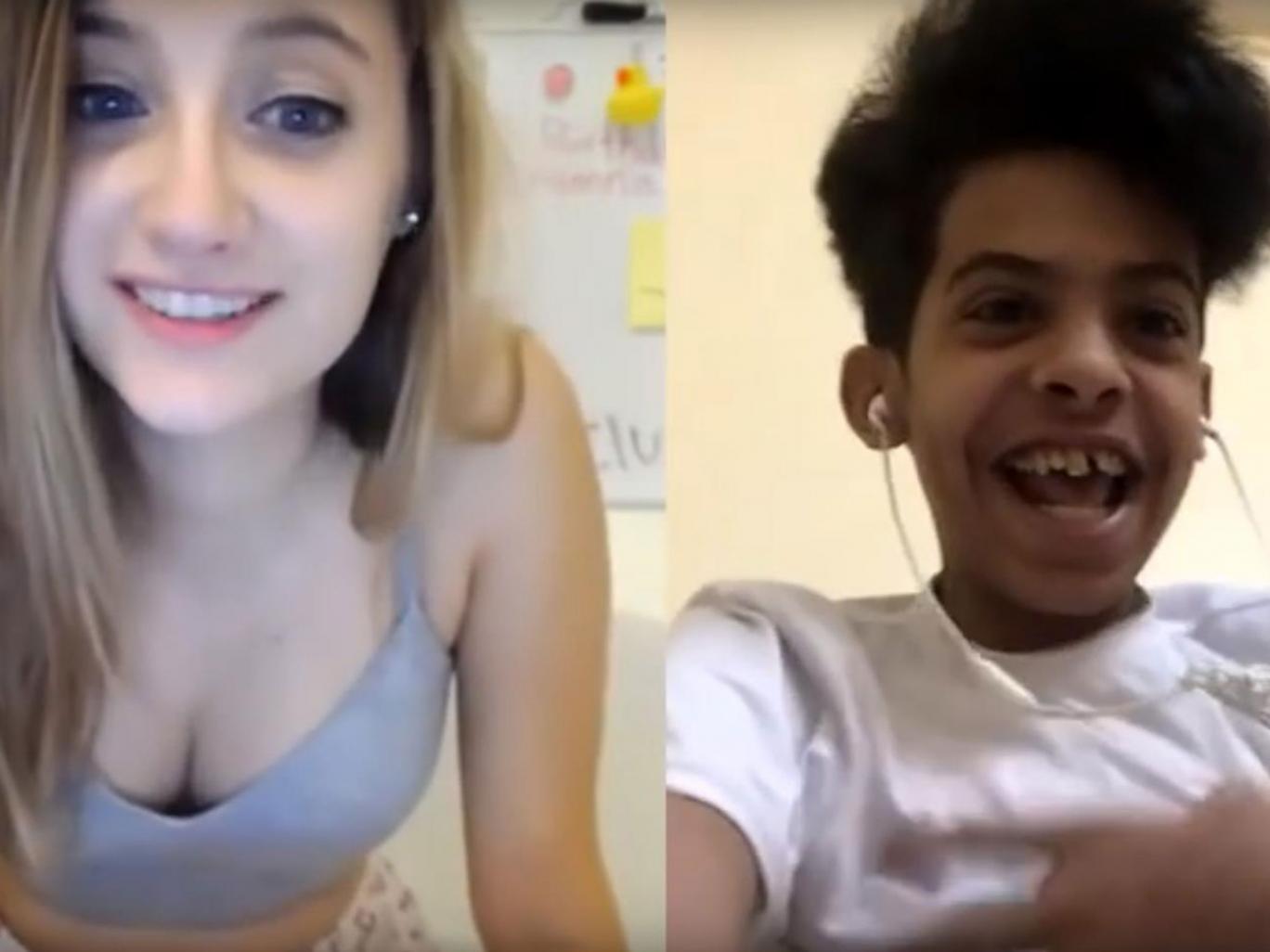 A teen boy has been arrested in Saudi Arabia for “unethical behaviour,” after he did a cute internet video chat with an American YouTube starlet.

Abu Sin (his name means "toothless") and Christina Crockett jokingly declared their love for one another in a silly YouNow stream that has since been uploaded to YouTube. They struggled through language barriers and acted like goofy young people.

Evidently, being a cute kid is a crime in Saudi Arabia, where the 19 year old internet goofball lives.

A Saudi attorney told Okaz newspaper the videos violate the country’s interpretation of Sharia law and internet regulations. Abu Sin could face up to three years in prison.

This video captures the moment in which Abu Sin and his friends were pulled over by police, before they hauled the kid off to jail.

Police in Riyadh detained Abu Sin on Sunday while he was driving with two friends, with the arrest accidentally broadcast live on YouNow as he chatted with another user from Kuwait.

The footage showed police pulling up behind the car and the teenager approaching officers, before friends tell the camera police have an arrest warrant, according to a translation by France24.

“His videos received many comments and many of the commenters of the general public demanded for him to be punished for his actions,” he added, according to the Saudi Gazette.

This is not the first time that a Saudi Internet user has been arrested for videos that the authorities deem immoral. In 2013, a young man was arrested by the religious police after he posted photos of himself offering “free hugs” on the streets of Riyadh.

Below, the two internet pals in happier times.