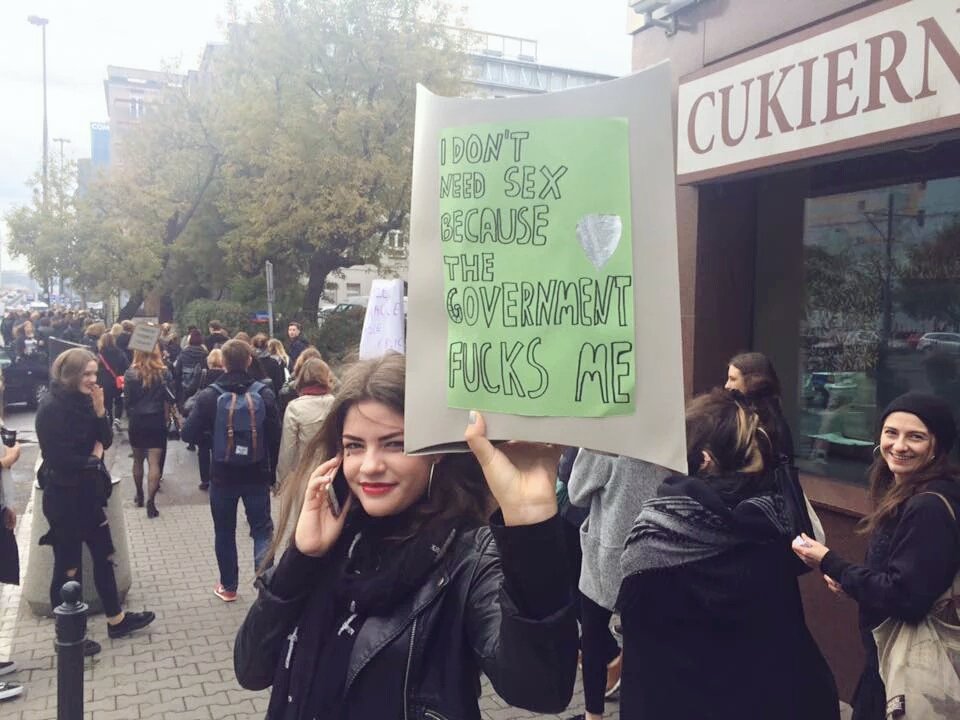 Poland's ultra-right government has passed an insane, incoherent ban on abortion that is so badly drafted that it potentially criminalizes miscarriage and surgeries to save the lives of fetuses.

Thousands of Polish women have declared a national strike over the law, refusing to do paid work and domestic chores, and they have marched in Warsaw, wearing mourning black, on a day they've dubbed "Black Monday."


The abortion law has been supported by the Catholic church, which has enormous power in Poland.

Prof Romuald Debski, who works at a hospital in Warsaw, told Polish media: "Whoever causes the death of the unborn child is punishable by imprisonment up to three years. If I have a patient with pre-eclampsia, who is 32 weeks pregnant, I will have to let her and her child die.

"I have to, because if I perform a caesarean section and the child dies, I may go to prison for three years, because the child was premature."

Pre-eclampsia is a potentially fatal condition that can develop in the second half of pregnancy and can only be cured by delivering the baby.

A separate bill seeks to curb in-vitro fertilisation (IVF), allowing only one embryo to be fertilised at any one time, and banning the practice of freezing embryos.