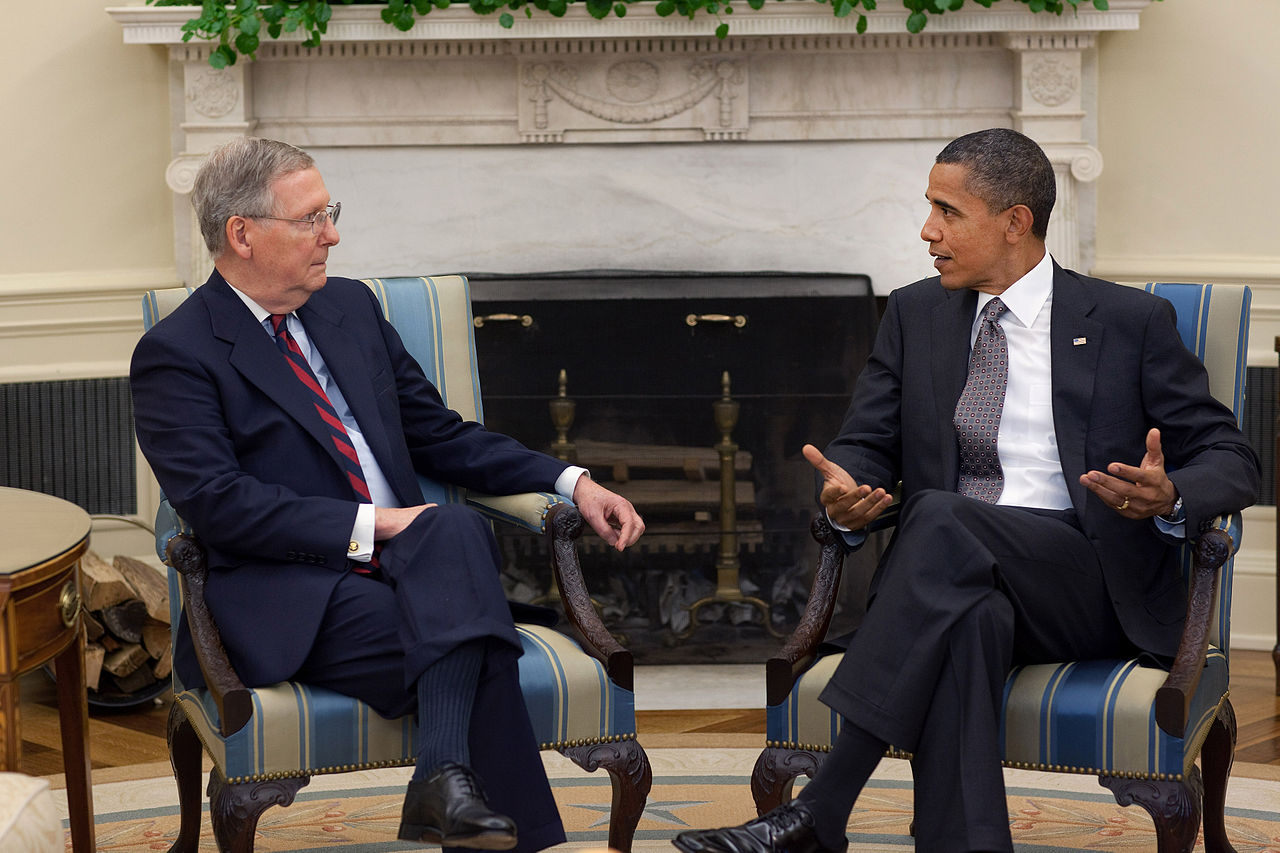 Congress has overridden Obama's repeated veto for the "Justice Against Sponsors of Terrorism Act," which allows US citizens to sue the Saudi government over its alleged complicity in the 9/11 attacks -- and which may allow people in other countries hamed by actions sponsored by the US government sue the US in those countries' courts.

However you feel about the Saudi role in 9/11, or the US government's actions abroad, there is one absolutely unequivocal fact: Obama opposed the bill, and Republicans in the House and Senate passed it over his strenuous, repeated objections.

But those facts haven't stopped senior GOP senator Mitch McConnell from blaming Obama for the law, despite the fact that McConnell vote for the law, voted again for it, then voted "Aye" on the proposition, "Shall the Bill S. 2040 Pass, the Objections of the President of the United States to the Contrary Notwithstanding?" (McConnell was joined by 28 senators who'd also written a letter condemning the law, warning of the risk of "potential unintended consequences").

McConnell said "I hate to blame everything on him, and I don’t" but "it would have been helpful had we had a discussion about this much earlier than last week." The White House had repeatedly sent information to the Senate about the potential negative consequences of the bill for US interests. Nevertheless, McConnell accused Obama of "dropping the ball" by merely repeatedly vetoing the bill and pleading with Congress to reconsider, which left Congress in a state where "[n]obody [in Congress] really had focused on the potential downside in terms of our international relationships."

Supporters of JASTA say, though, that people should be able to sue state sponsors of terrorism, and everybody knows the alleged sponsor in question here is Saudi Arabia. But there’s already an exception for suits alleging injuries caused by terrorism, as long as the foreign state has been officially designated as a state sponsor of terrorism, and—oops! Saudi Arabia is not on that list for reasons known as “oil.” So JASTA adds another exception, this one for injuries caused in the U.S. by terrorism and an act of a state or its officials anywhere in the world. It then goes even further by authorizing “aiding and abetting” liability (a notoriously vague concept) for anybody who helps or conspires with the terrorist. And of course terrorism = bad, but the problem is that other countries can define “terrorism” however they want, and the broader we make the exception the more likely they are to reciprocate.