Morbid Curiosities – A dark and delightful glimpse into 18 macabre collections 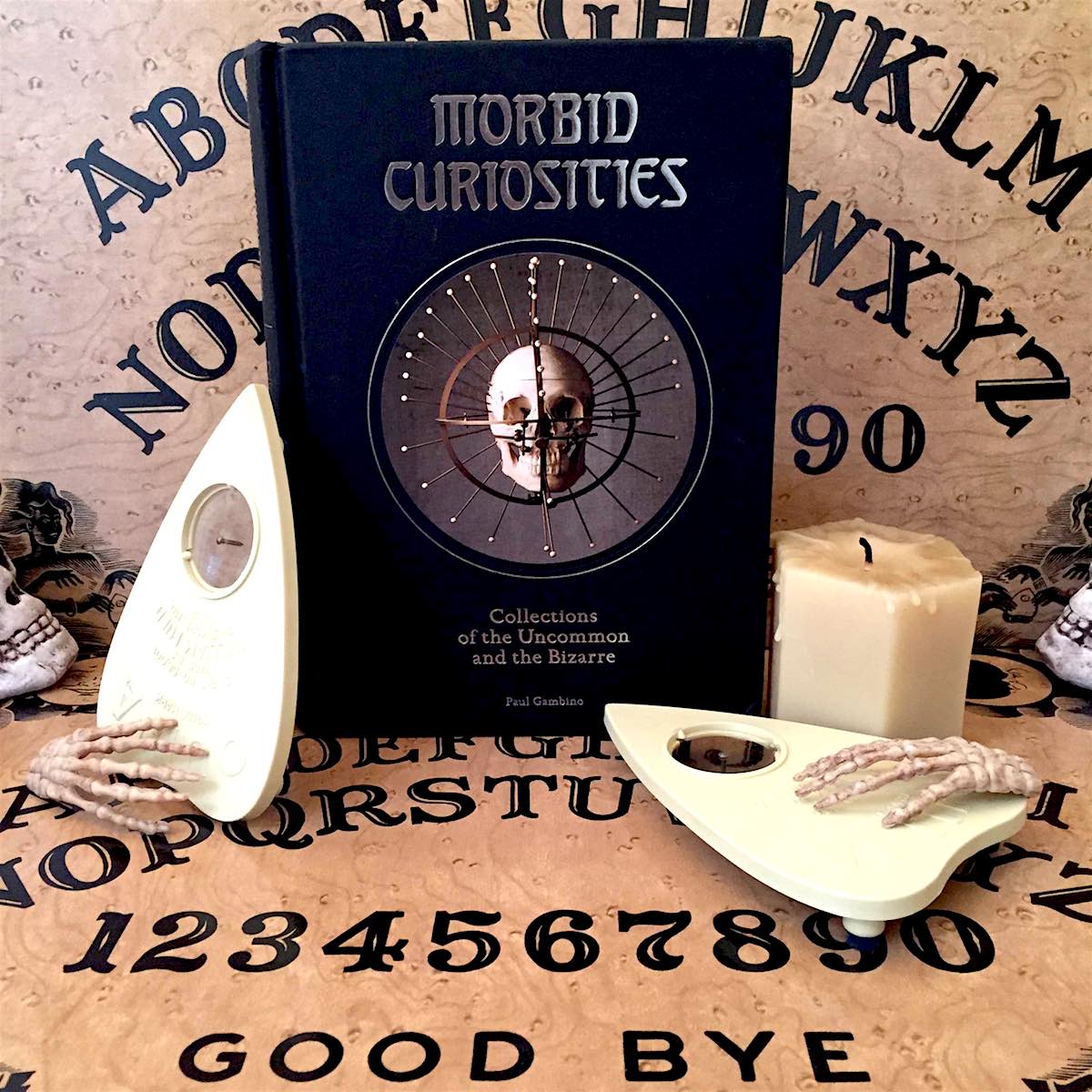 Morbid Curiosities: Collections of the Uncommon and the Bizarre

Dark and delightful, artistic and unusual, Morbid Curiosities: Collections of the Uncommon and the Bizarre is a glimpse into 18 fascinating collections of oddities. But more than that, it is also a collection of the collectors themselves. Author Paul Gambino’s familiarity with these traders of the macabre has granted him access to their greatest finds and most beloved possessions and in turn into their psyches as well.

We are talking about the types of things that most of us don’t encounter grouped together outside of museums: Jars of diseased organs and the owner’s own placenta; shelves of human skulls of various shapes and histories; exhumed items; masks; ephemera; the letters and art of serial killers; antique wax anatomical dummies; shrunken heads and mummies; parts of deformed people and animals; vintage prosthetic devices; poisons; Ouija boards and séance contraptions; a hangman’s record book and tape measure...and the list goes on.

Gambino presents the collections to us succinctly, with great visuals and a thoughtful introduction. And in doing so, he also presents to us a look at the folks who champion these items, who go to the ends of the earth to acquire them, who save them from garbage bins and bonfires, and who display them lovingly, beautifully, as objet d’art.

Their collections are every bit as ghoulish as you would imagine, but the collectors themselves are a variety of folks with regular lives. Aside from a high degree of correlation to tattoos (either by having them or by giving them or both) and for preferring bones over beanie babies, they appear to be the same everyday folks who you might encounter in your neighborhood, not knowing they have hair sculptures and jars of brains on their mantels. Their aesthetic tastes are unique, as are their reasons for collecting. But as Gambino notes, the common thread is a love of history. They have a passion for learning and curating and for the thrill of the hunt.

The book itself is a beautiful hardcover with black-edged pages, a nice touch. The photographs are well done and abundant on matte pages. Captions are small, but explain clearly what you’re looking at. This book isn’t for everybody, but to those it is for, it will be a nice addition to their own collection. The folks herein have undertaken the various dangers of acquiring their pieces, spent large sums of money, and painstakingly displayed them. It can be gross, but it is never dull. You might as well take a peek. You know you want to.