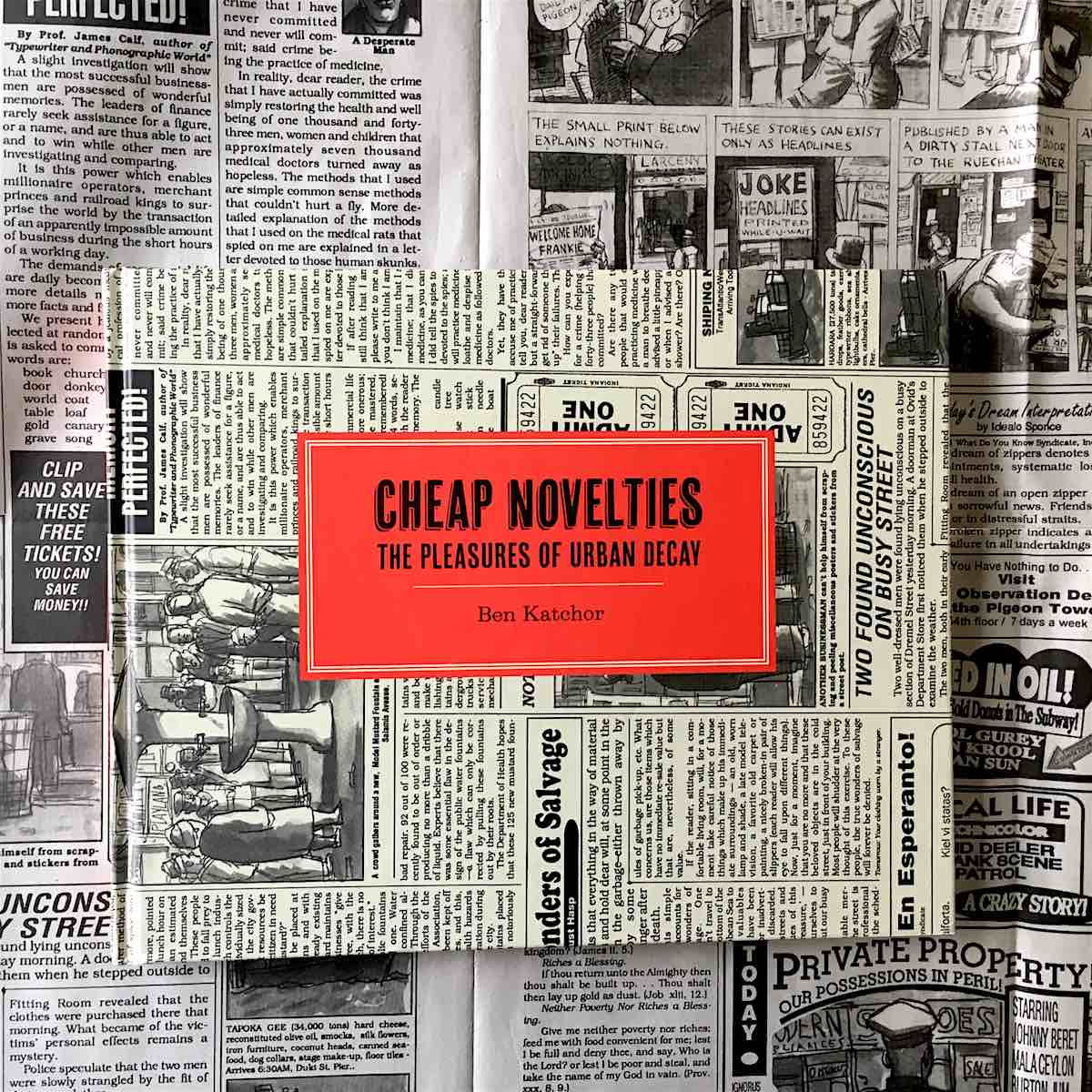 Like a lot of bourgeois bohemians in the 1990s, I was a huge fan of the RAW comics anthologies which, among other incredible discoveries, introduced me to the work of Ben Katchor. One might not think that a comic strip about urban architecture, culture, city development and decay, real estate photography, memory, and loss would make very compelling comics, but then you probably haven’t met Katchor’s beloved comic strip character, Julius Knipl, Real Estate Photographer.

Cheap Novelties: The Pleasures of Urban Decay, a collection of Katchor’s Knipl strips, was originally published in 1991 by RAW/Penguin as a cheap paperback. Twenty-five years later and Drawn & Quarterly finally gives Katchor and Knipl their due in a lovely hardbound, landscape edition of the original RAW strips.

If you’ve ever stared in wonder at the decades-old, sun-bleached product boxes inside of the display window of the only original hardware store left in town, or smelled an old typewriter repair shop, or purused gag gifts and tricks in a magic shop that’s been in the same city location for generations, then you’ll understand some of the lost urban culture that Cheap Novelties so deftly and melancholically evokes. As Julius Knipl is called out on building photography assignements, we see these vanishing haunts through his lens, momenents before they leave the city landscape forever, and we hear Knipl’s thoughts on the loss, reflections on his own rather homely life, and urban trivia – all rendered in a very confident and characterful hand in ink-and-gray marker washes.

Cheap Novelties was one of the series that launched the whole “graphic novel” revolution in comics. After touring the city disappearing beyond Julius Knipl’s lens, you will understand why.