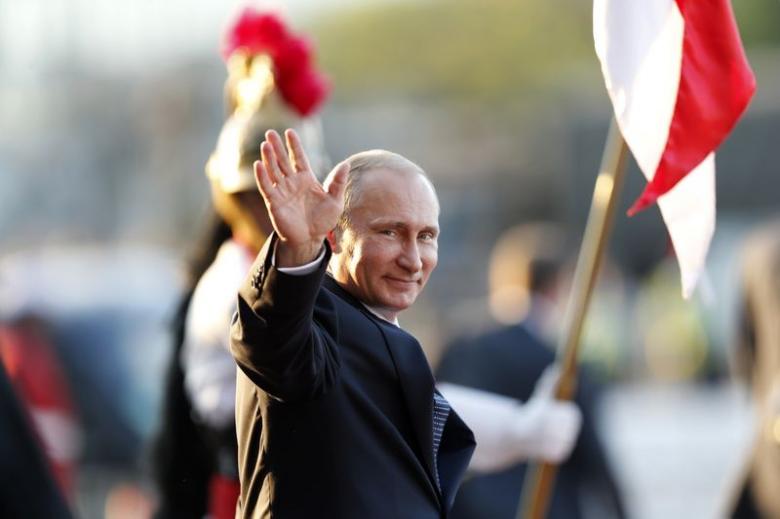 Welp, this does not sound good.

Cooperation between the United States and Russia hit a serious new snag today when the government of Donald Trump's personal hero Vladimir Putin put the brakes on an agreement with the United States in nuclear energy.

On Wednesday, Russian officials announced suspension of a nuclear research agreement, and the termination of a another agreement on uranium conversion.

The Russian Foreign Ministry says they're responding to "unfriendly acts" by the U.S. The sick diplomatic burn comes just two days after Washington announced a suspension of talks with Russia on how to end the ongoing violence in Syria.

On Monday, President Vladimir Putin suspended a treaty with Washington on cleaning up weapons grade plutonium, signaling he is willing to use nuclear disarmament as a new bargaining chip in disputes with the United States over Ukraine and Syria.

"The regular renewal of sanctions against Russia, which include the suspension of Russian-American cooperation in the field of nuclear energy demands the adoption of countermeasures against the U.S. side," the Russian government said on its website.

In Washington, a State Department spokesman said the United States had not received an official notification from Russia although he had seen media reports of the suspension of the research agreement.

"If they're accurate, we would regret the Russian decision to unilaterally suspend cooperation on what we believe is a very important issue that's in the interest of both of our countries," spokesman Mark Toner said at a daily news briefing.

Photo: Russia's President Vladimir Putin waves as he leaves the Itamaraty Palce after the 6th BRICS summit and the Union of South American Nations (UNASUR), in Brasilia July 16, 2014. REUTERS/Ueslei Marcelino

The world’s busy shitting its pants over an impending pandemic, oil production slap-fights and the arse dropping out of the stock market right into the lap of a recession that’s just a-waiting in the wings. So, Russia, being Russia, does what Russia does best: fucks with people. Earlier today, I received an emailed statement from […]