The Gozinta Boxes: a work of mathematical and optical genius 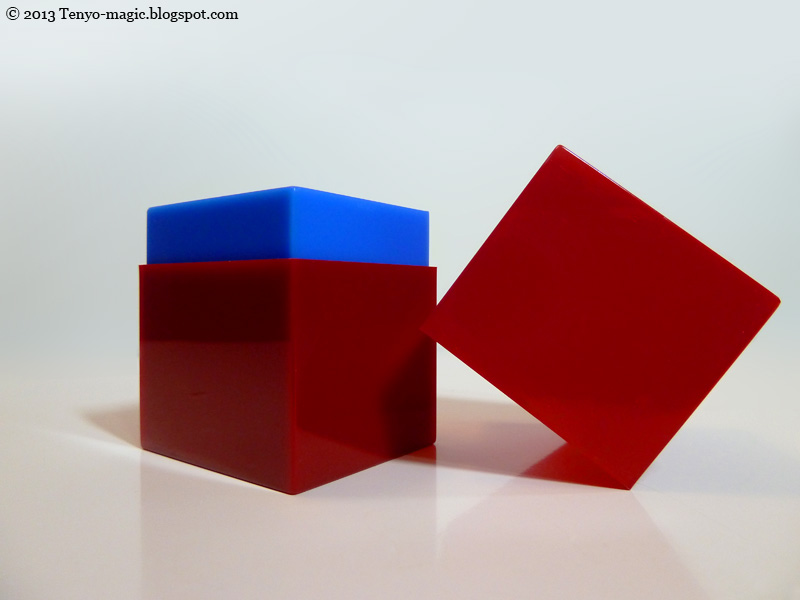 There are geniuses in almost every creative field. In the world of magic and magicians, there is Lubor Fiedler. While many magicians create tricks, Lubor did something much more difficult: he created new principles on which tricks are based. Lubor lived in Czechoslovakia, escaped to the west and lived in Austria, then returned home after The Czech Republic was liberated. He was a brave and clever man; Lubor died two years ago at age 81 while sitting at his computer, still inventing. He was far and away the most creative person I’ve ever met, and he learned a lot in his years of working in a chemical factory. He would give lectures for groups of other magicians and fool them deeply because the principles underlying his tricks were always new.

One of his most famous creations is “The Gozinta Boxes,” as in “one goes into the other.” What you see is amazing: a box is displayed and the lid removed. There is a small box inside it. The small box is removed, then the lid is replaced on the larger box. Next the small box’s lid is taken off. And here’s the part that hurts your brain: the large box is then inserted into the smaller box, and the lid of the smaller box put back on. It’s a work of mathematical and optical genius which seems utterly impossible when you see it. This shaky video was taken at a magic convention where Lubor lectured the year before he died, and it shows him performing his “Gozinta Boxes.”

Author Peter Prevos, on his website Magic Perspectives has put up a downloadable file which allows you to make your own set of “Gozinta Boxes” with a bit of arts and crafts. Here it is:

You can also download the pdf or simply right click on the image above and save it to your computer. Print it out twice, on two different pieces of construction paper or cardstock, and cut it out. Fold per the instructions and tape or glue it together. You end up with a box and lid of one color, and a second box and lid of another color.

Once you’ve got the four pieces (both boxes are the same size!), all you need to do is watch the video of Lubor, above, or this video of the late British magician Paul Daniels, and follow along. There are no instructions needed: just copy what you see. Here Paul is doing an enhanced version of the trick (called “Paradox”) using a magician’s prop known as spongeballs. This version was created by Toru Suzuki, the director of the Creative Division for the Japanese company Tenyo. But you can just ignore the spongeballs and concentrate on the boxes.

If you don’t want to print, cut, and paste, or just desire a more solid version made of plastic for only $3, you can buy one here.

If you want a large fancy version (the best set made, though it’s expensive), you can get it here. This is the set you can see Lubor using in the first video, above, and it’s called “Perfect Package.”

Have fun … it would have made Lubor very happy.

Only you can make the Imp Bottle lie on its side. When spectators try, they will discover that the bottle stubbornly refuses to stay down. This trick has driven many people insane throughout the years. The secret is a tiny imp inside the bottle that is loyal to you alone. It requires no feeding or […]