The Muppets Return in Great Moments of American History 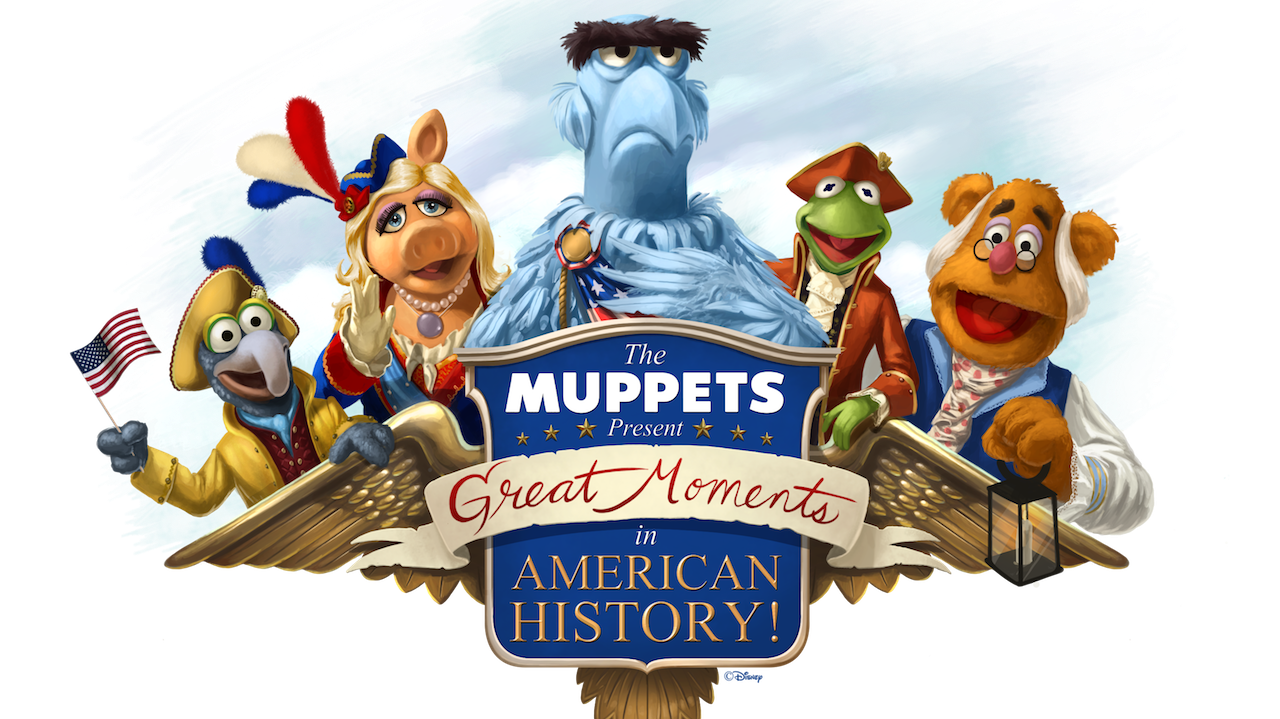 On Sunday October 2, the Muppets arrived at the Magic Kingdom in Walt Disney World to star in a new show, Great Moments in American History. As expressed by Samuel Johnson in another context in 1777, when a person is tired of the Muppets, he is tired of life.

There are two different versions of the show, one 11 minutes and the other 8, both of which are repeated multiple times a day, and include a new musical number. The Muppets appear in windows above street level.

In addition to the four or five puppeteers required, there is also a singing performer on the street who portrays the Town Crier. With so much labor involved, the notoriously tight-fisted folks who run Walt Disney World probably have already decided on a closing date for these shows because they are so labor intensive (I would love to be proved wrong. I’ve been waiting about 15 years for a decent attraction in the Imagination pavilion at Epcot with no news in sight).

In the meantime, you can delight in the Muppets on your next visit to the Magic Kingdom. For those who can’t wait, or who won’t make the live show, Attractions Magazine posted videos of the new shows. Take it away, Sam Eagle!

Legendary puppeteer Carroll Spinney, who brought Big Bird and Oscar the Grouch to life on Sesame Street, died today. He was 85. Here’s the New York Times obituary. And from the Sesame Workshop: Caroll was an artistic genius whose kind and loving view of the world helped shape and define Sesame Street from its earliest […]

Will Star Wars 'Rise of Skywalker' finally explain what Dr. Julius Strangepork was up to?

I remain convinced that Dr. Julius Strangepork was up to no good. It is entirely possible he is in league with Sir Topham Hatt. I am also rather certain that was a chicken lovin’ Sith Lord.