"Grab them by the pussy!" Trump was caught on hot mic boasting about what he did to women 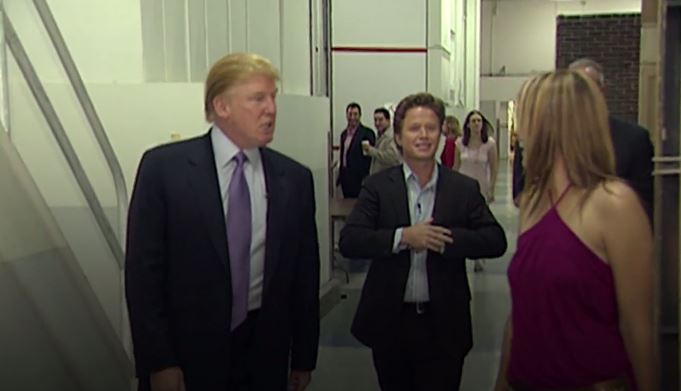 Millionaire presidential candidate Donald Trump was caught on a hot mic discussing things he enjoys. The WaPo obtained a recording it describes as "lewd" but mostly consists of boasts of pursuing and forcing himself on women.

I moved on her like a bitch, but I couldn’t get there. And she was married.”

“I did try and fuck her. She was married.”

“Just kiss. I don’t even wait. And when you’re a star, they let you do it. You can do anything.”

“Grab them by the pussy. You can do anything.”

His campaign has released a statement saying it's just banter.

This was locker room banter, a private conversation that took place many years ago. Bill Clinton has said far worse to me on the golf course - not even close. I apologize if anyone was offended.

I guess I shan't be voting for Bill Clinton this November, then.