How to make an omnivoyant Halloween pumpkin 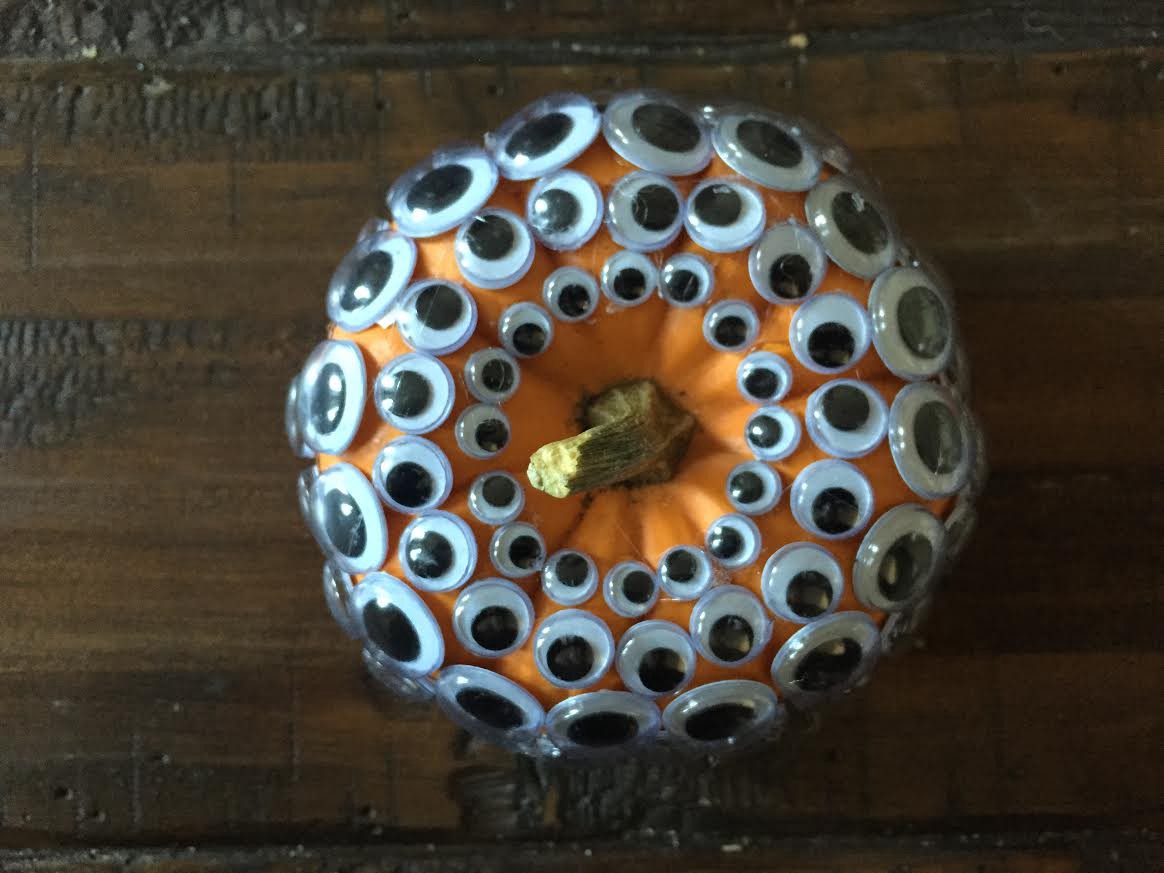 The photograph rather explains itself, in terms of craftsmanship, but Christine Friar's guide to making this delightful Halloween piece is worth reading all the way through

Spooping season is here, and if you’re like me you’re excited enough to make one small decoration. You’re not here to win any awards, but it’d be nice if your hands could manufacture a seasonal totem that you could catch out of the corner of your eye while moving through your home and say, “That’s the stuff.” Googly eyes are a really great supply for this level of commitment to the arts.