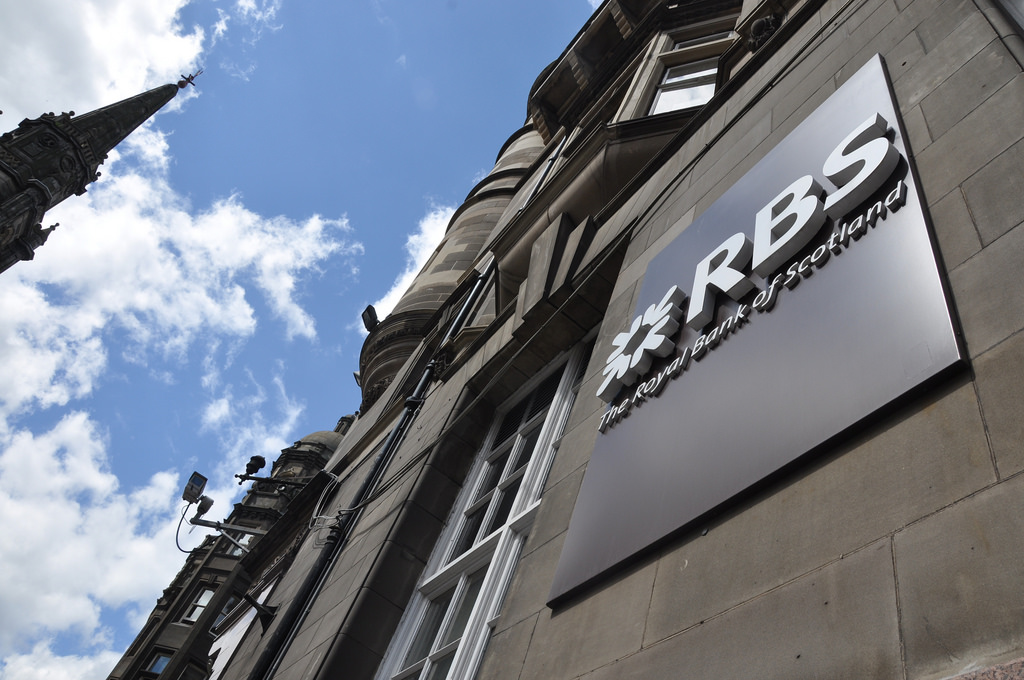 RBS, the bank that UK taxpayers bailed out during the financial crisis, after its reckless speculation drove it to bankruptcy, ran a fake "restructuring unit" that was pitched to business customers as a way of helping them weather the market turmoil, but was actually a loan-sharking operation that cranked up interest rates and imposed high penalties, deliberately driving healthy businesses into bankruptcy so that the bank could snap up their assets (illegally sharing information between business units so that RBS always beat the other bidders) and then selling them off to keep the bank profitable.

RBS's business customers were driven into the Global Restructuring Group for many reasons, but insolvency didn't rank high on the list. Rather, RBS targeted businesses with easy-to-sell assets, businesses that had threatened to leave RBS for one of its competitors, and even businesses whose owners had argued with RBS managers.

Businesses in GRG were hit with crippling fees designed to put them in arrears. Once in arrears, RBS bankers contacted them and demanded cheap shares in their business. Then, RBS pushed at the now-precarious businesses, seeking to drive them into insolvency.

In 2013, Lawrence Tomlinson from the UK's Department for Business published a damning report about the practice, which RBS denied. This sparked a Financial Conduct Authority investigation and a parallel "independent" investigation undertaken by a frequent RBS business partner, which fully exonerated the bank a year later. The bank threatened to sue Tomlinson. But these investigations were later tainted by the bank's admission that it had lied about its practices, sparking new interest in the FCA investigation, which has been repeatedly delayed, leaving thousands of businesses owners whose lives and livelihoods were destroyed in limbo for years.

RBS CEO Ross McEwan continues to insist that GRG was "the best experience of banking [many customers] ever had in their life." However, RBS has issued a quiet and anodyne statement admitting that "we did not always meet our own high standards and we let some of our SME customers down" and blaming that on "incredibly difficult times for the bank and the wider economy."

The proprietors of more than 1,000 businesses that RBS destroyed are preparing to sue the bank, claiming more than GBP7B in damages. Some of these people were made homeless by the bank's fraud, others saw their marriages fail due to the stress of being forced to shutter their successful businesses to pay the bank's punitive fees.

The BBC and Buzzfeed have seen internal emails about the bank's systematic targeting of businesses, its violations of conflict of interest rules, and its deliberate programme of driving businesses into bankruptcy. They've also spoken to a whistleblower who confirms the practices and reveals that the bank made its employees' bonuses contingent on driving good businesses into GPG where they could be milked for cash, destroyed, and stripped of assets.

As you read the excellent investigative piece, please keep in mind that RBS was actually owned by the UK taxpayers during these years, and that the Conservative government was charged with its oversight.

The RBS insider who spoke to BuzzFeed News and the BBC on condition of anonymity said GRG could pluck any business it liked out of mainstream banking on the basis of “opinions” about its viability that he said were often “largely unsubstantiated”. “GRG would just get involved wherever they wanted to,” he said, and the crucial question that would decide whether a business went into GRG was: “Can they make any money out of it?” Once the unit had decided it wanted a business, “That was it – no discussion,” he said. But if GRG saw no way to profit from a distressed company, he said it would not be allowed in. “There’s other cases where you think, Christ, that should go into GRG, and they’re just not interested,” he said. RBS strongly denied this.
Internal financial records marked “secret” reveal the extent of the punitive restructuring fees and interest rate hikes GRG imposed on businesses as soon as they came into its clutches. Despite the bank’s public insistence that the unit never did anything to harm customers for its own gain, the records reveal that the extra sums it charged contributed hundreds of millions of pounds a year to the bank’s revenues.

Sach and his lieutenants were given regular updates on GRG’s revenues from these fees, “margin enhancements”, and “other upsides”, which vastly exceeded the unit’s costs. The packs contained a selection of “success stories” boasting of the biggest profits it had made off the backs of its struggling customers that quarter. In one such story, a property company that had been transferred because of a loan-to-value breach was charged fees totalling £485,000 and had its interest rate hiked from 1.2% to 4.5%. Meanwhile, it was forced to sell its properties, and restructuring managers used a “cash lock up mechanism” to ensure “full debt repayment”, performing “a full cash sweep with no funds returned to customer”. In GRG, that was what success looked like.