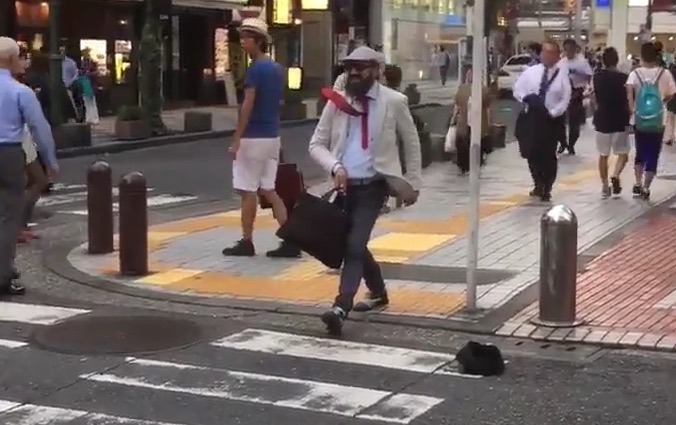 Somewhere in Japan, this man is taking a very long time to cross the street.

Watch these impressive Slinky moves by a street performer

Slinky Josh bills himself as North America’s first professional slinky manipulator, and if the passers-by are any indication, he’s very good at his chosen profession.

Česko Slovensko Má Talent is the Czech-Slovak version of the popular talent show franchise, and they had a family of mirror-clad dancers compete. Note: their dancing is really more like gingerly swaying about, for understandable reasons.