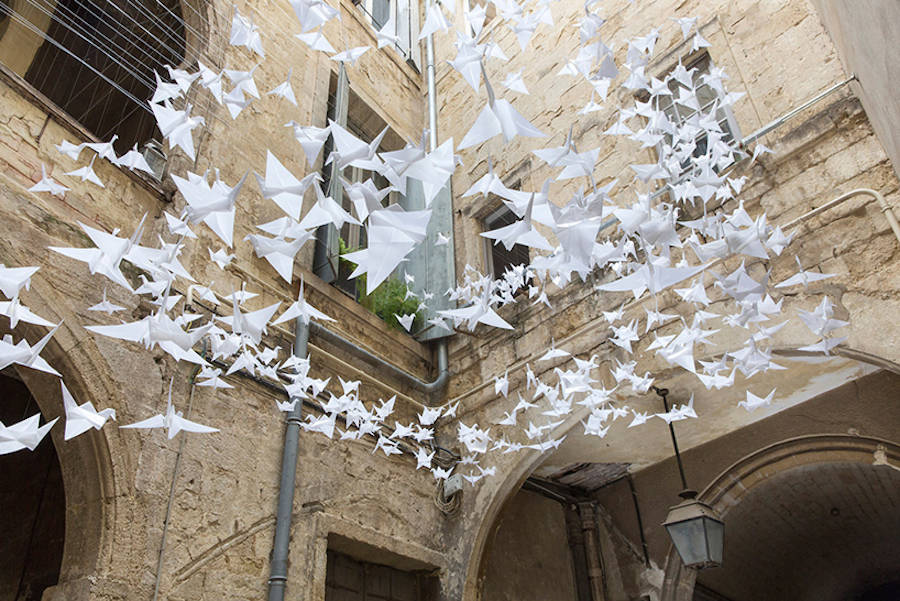 According to Culture N Lifestyle, French designers Maxime Derrouch, Typhaine Le Goff, and Emeline Marty created this installation for the Architectures Vives Festival. It joins together modern and ancient styles while linking art with architecture. The mirror on the floor acts like a pool and adds more dimension to the space.

You can find a full set of photos on Culture N Lifestyle.