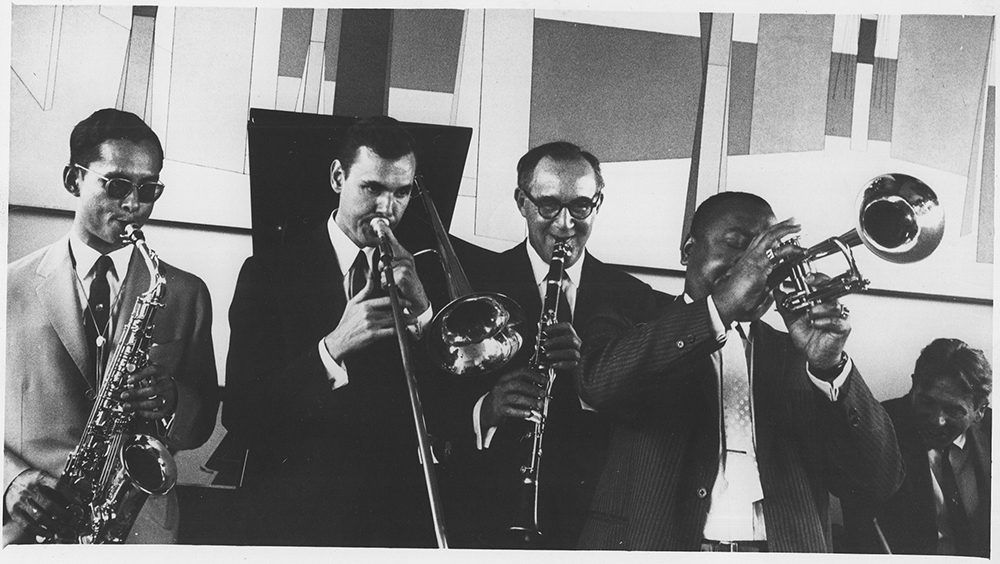 Legendary jazz saxophonist Bhumibol Adulyadej is dead at 88 following a series of illnesses.

Strongly influenced by Louis Armstrong, Sidney Bechet and Benny Carter, Bhumibol specialized in dixieland and New Orleans jazz, and played the clarinet and trumpet as well as the sax. He famously performed with Benny Goodman, Stan Getz, Lionel Hampton, and Benny Carter, but was most renowned for his own compositions, which range from classical Waltzes to traditional Thai music. "But mostly jazz swing," adds Wikipedia.

Adulyadej was also King of Thailand for 70 years and the world's longest-reigning monarch.

A stabilizing force in the nation's politics, he passes his crown to son Maha Vajiralongkorn, "regarded as erratic and virtually incapable of ruling" and who frequently avails himself of the nation's laws against insulting royalty.

In a televised address to the nation, Prayut Chan-ocha said Thailand would hold a one-year mourning period and that all entertainment functions must be "toned down" for a month. "He is now in heaven and may be looking over Thai citizens from there," he said of King Bhumibol.

The palace had warned on Sunday that the king's health was "not stable".
King Bhumibol was widely respected across Thailand, and thought of by many as semi-divine.

Bhumibol became a rare sight in public before his death. The nation's strict lese-majeste laws, the BBC writes, mean there will be no public discussion of the succession.

Elizabeth II, queen of the United Kingdom and various other commonwealth nations for 64 years, is now the world's longest-reigning monarch.