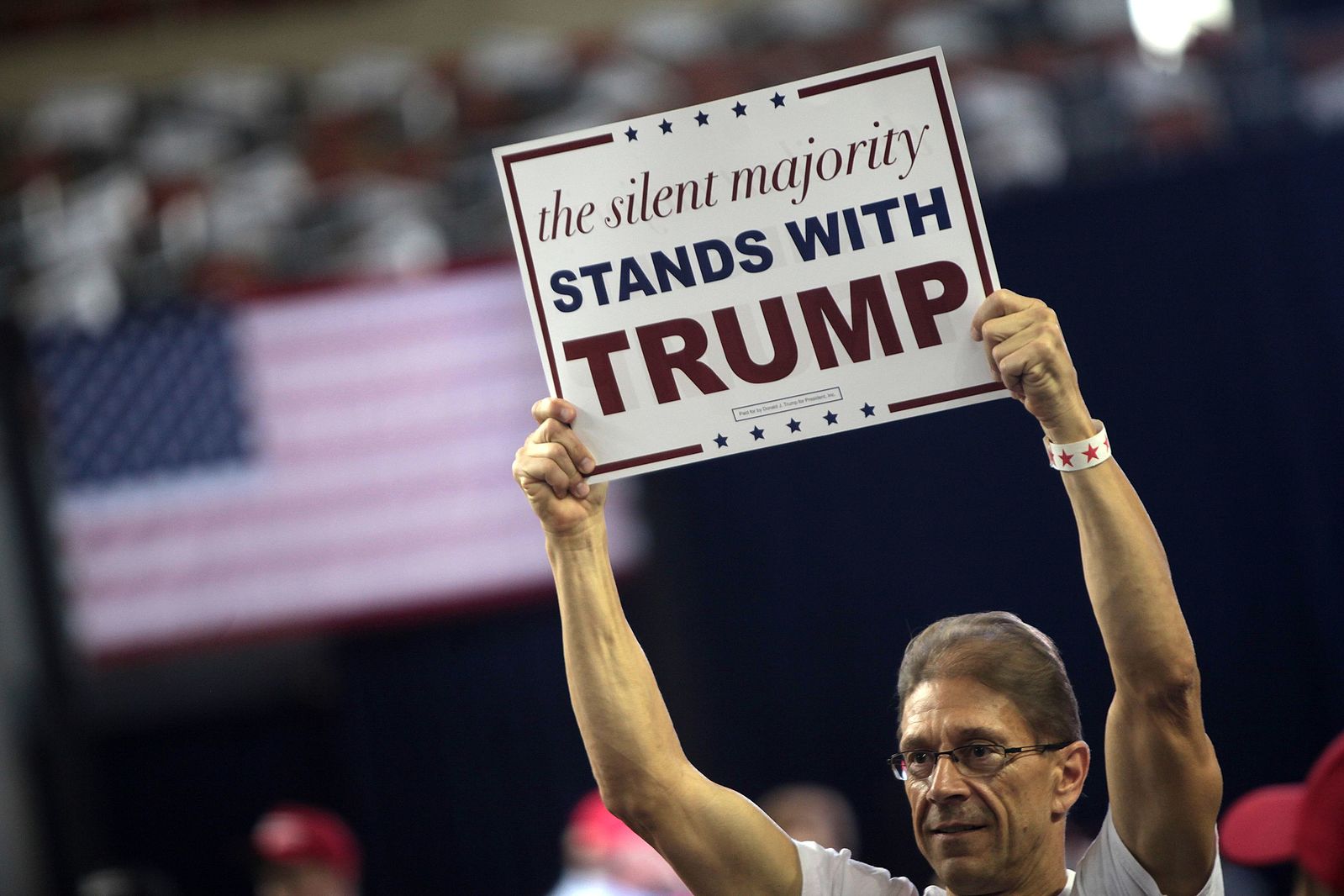 In Five Beliefs That Propel Groups Toward Conflict, published in American Psychologist, a pair of researchers lay out the five beliefs that, when transmitted by leaders to their followers, creates a "group conflict" that propels the group forward.

The five beliefs are:

4. Distrust of the other

5. A sense of helplessness

Tulane psych professor Sean Ransom describes how the Trump campaign has mobilized these five beliefs to weld the campaign together.

Confidence in one’s superiority: Trump constantly broadcasts a message that he and his followers are superior to other Americans, whereas those who oppose him are “stupid” and deserve to be punched in the face. His own followers’ violent acts are excused as emanating from “tremendous love and passion for the country.”

Claims of unjust treatment: Trump is obsessed with the concept of fairness, but only when it goes his way. Given his presumed superiority, it naturally follows that the only way he and his supporters could fail is if injustice occurs.

Fears of vulnerability: Accordingly, Trump has overtly stated that he believes the presidential election will be rigged. His supporters believe him. In one recent poll, only 16 percent of North Carolina Trump supporters agreed that if Clinton wins it would be because she got more votes.

Distrust of the other: Trump and his supporters routinely claim that the media, government, educational institutions, and other established entities are overtly undermining Trump, his supporters, and their values. To many Trump supporters, merely being published or broadcast by a major news outlet is evidence that a fact is not credible, given the certainty they have that media professionals are conspiring against Trump.

A sense of helplessness: When Trump allows that it’s possible that he might lose the election because of fraud, conspiracy, or disloyalty, he taps into his followers’ sense of helplessness. No matter how superior he and his followers truly are, no matter how unjustly they are treated, there is little that they can do in the face of a nation-wide plot against him. Accordingly, many of Trump’s most ardent supporters will see the impending rejection of their candidate not as a corrective experience to lead them to reconsider their beliefs, but as further evidence that they are helpless in the face of a larger, untrustworthy outgroup.