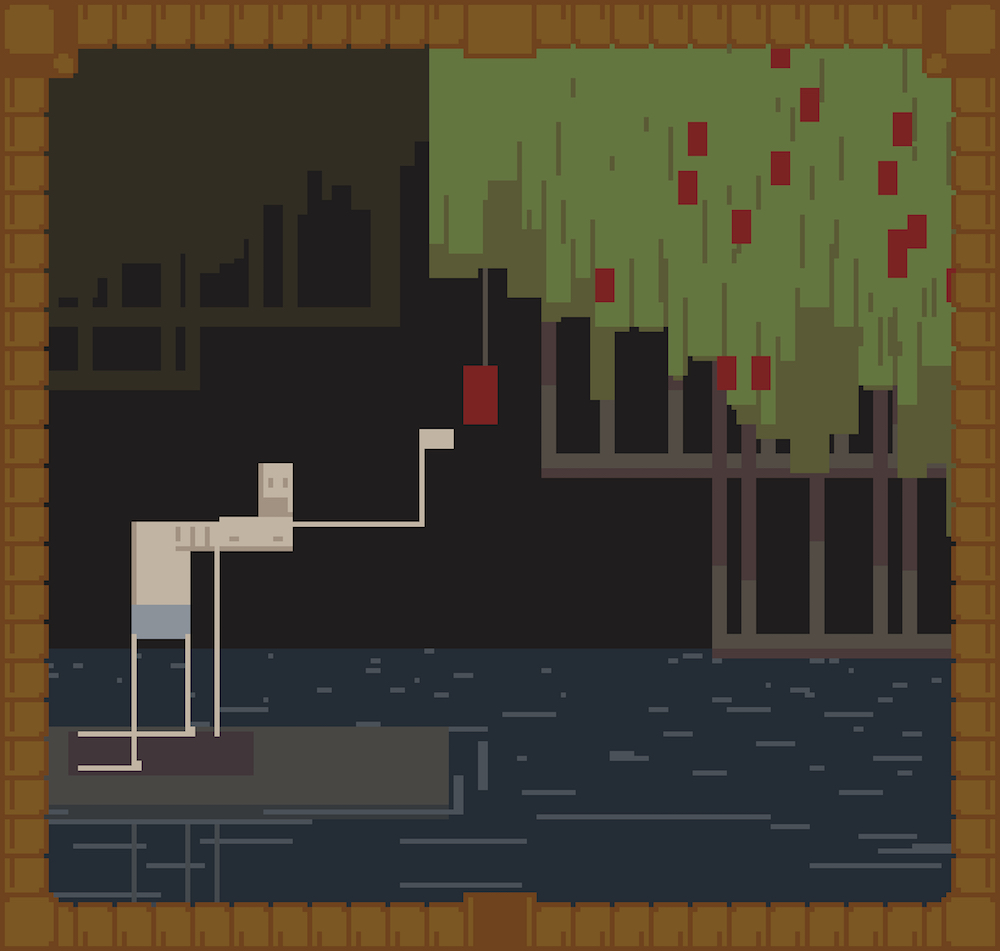 German designer Marcus Blättermann created this nifty series of scalable pixel illustrations based on Greek mythology (Tantalos shown here). Drag your cursor around at his site to alter the image.

The Zeus one takes some of his many animal forms when you manipulate it. Try it out!