White nationalist scion leaves the cause 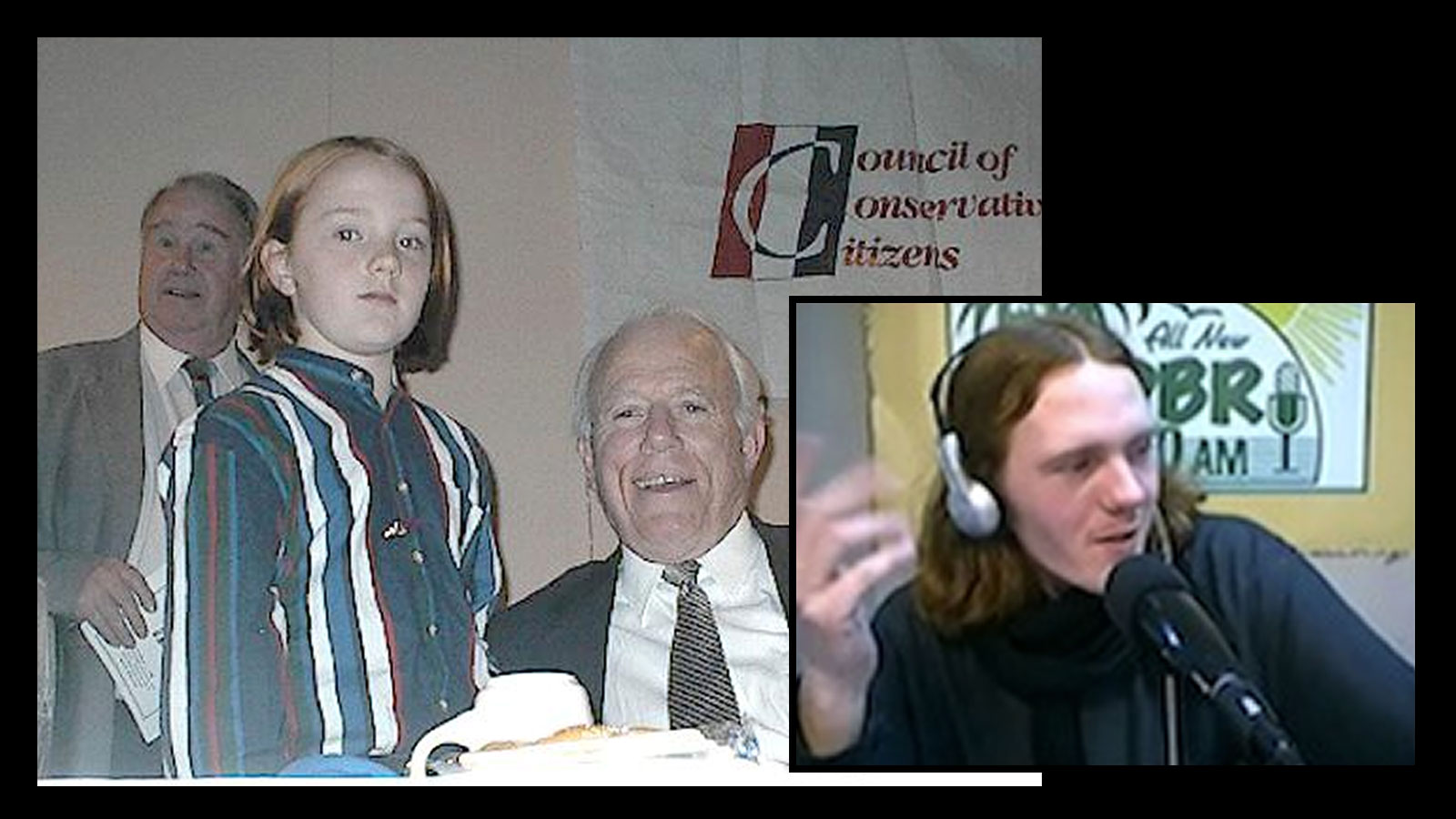 Derek, 27, was set to follow in the footsteps of his dad, Stormfront creator Don Black. He had his own white nationalist website for kids, his own radio show, and gotten elected to local government in Florida. He was their future, slick and self-controlled, never using slurs or suggestions of violence. But he's now come to question the ideology and left it all behind. Eli Saslow reports on The white flight of Derek Black.

So many others in white nationalism had come to their conclusions out of anger and fear, but Derek tended to like most people he met, regardless of race. Instead, he sought out logic and science to confirm his worldview, reading studies from conservative think tanks about biological differences between races, IQ disparities and rates of violent crime committed by blacks against whites

They sent him to a top liberal arts college thinking he would educate them. But with long red hair and a cowboy hat and garrulous personality, he became popular and found himself hiding his association with Stormfront, and his beliefs, rather than expounding them.

When another student mentioned that he had been reading about the racist implications of “Lord of the Rings” on a website called Stormfront, Derek pretended he had never heard of it.

But he kept up the radio show and was soon outed. Instead of ostracizing him, though, his friends and college acquaintances decided to stay in touch and include him. One, an orthodox Jew, invited him to a Shabbat dinner.

And Derek went, and that's where it all started.

This article is well-worth 20 minutes of your time.