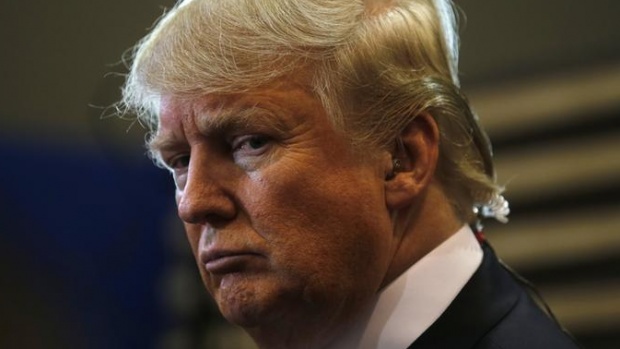 Ezra Klein has a wonderful piece on Vox, "Hillary Clinton’s 3 debate performances left the Trump campaign in ruins," that well describes the master class in managing a bully into hanging himself these general election debates have been. Klein points out how Clinton pushed all Trump's buttons and practically had him performing tricks on command.

Trump’s meltdown wasn’t an accident. The Clinton campaign coolly analyzed his weaknesses and then sprung trap after trap to take advantage of them.

Clinton’s successful execution of this strategy has been, fittingly, the product of traits that she’s often criticized for: her caution, her overpreparation, her blandness. And her particular ability to goad Trump and blunt the effectiveness of his political style has been inextricable from her gender. The result has been a political achievement of awesome dimensions, but one that Clinton gets scarce credit for because it looks like something Trump is doing, rather than something she is doing — which is, of course, the point.

It began in the first debate. "Donald," she kept saying. No one quite knows why Trump so loathes the sound of his first name, but he does. He quickly tried to shame Clinton into showing him more respect. "Secretary Clinton -- yes, is that okay?" he said, after she once again called him Donald. "Good. I want you to be very happy. It's very important to me."

Clinton’s next answer: "In fact, Donald was one of the people who rooted for the housing crisis..."

Each debate has followed the same pattern. Trump begins calm, but as Clinton needles him, he falls apart, gets angrier, launches bizarre personal attacks, offers rambling justifications for his own behavior, and loses the thread of whatever question was actually asked of him.

Clinton, meanwhile, crisply summarizes the binders full of policy information she absorbed before the debate. The gap in preparation, knowledge, and basic competence has been evident in every contest, and it’s led to polls showing that even voters who loathe Clinton recognize she’s far more qualified and capable than Trump. Nor does Clinton make mistakes — she’s often criticized for being careful and bland in her answers, but here it’s helped her, as she’s never taken the headlines away from Trump’s own gaffes.

The Republican primary field were incapable of managing this overgrown orange child. Secretary Clinton put him away with grace and dignity.

Donald Trump claims he turned down this year’s “Person of the Year” award. Time denied it. Trump famously had a fake Time magazine cover featuring him on his wall, and is just as famously obsessed with the appointment, which he won in 2016. Now, Time’s not great at picking winners. So don’t get your hopes […]

No, she’s not running for president again. In an interview with Kara Swisher at the RECODE conference, Hillary Clinton was in full zero hecks given mode.