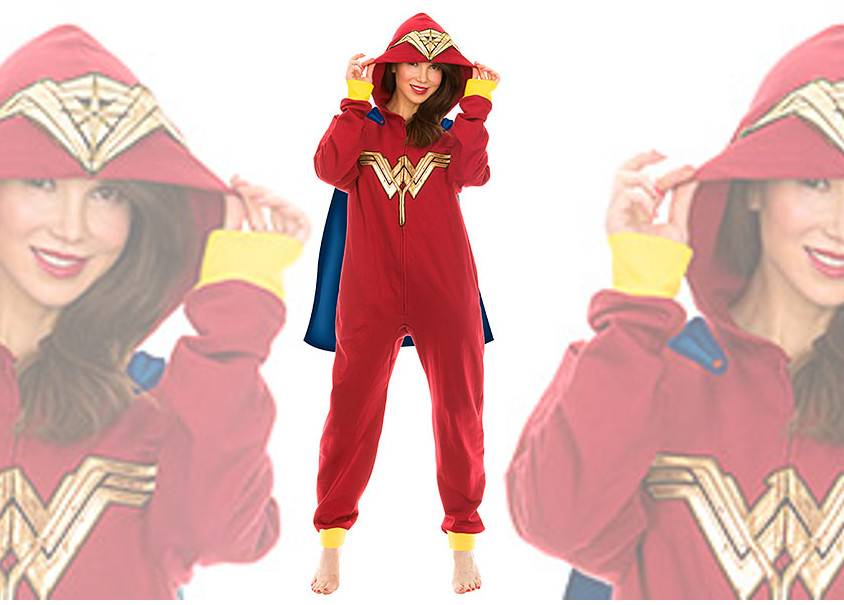 Though the Dawn of Justice movie was a disappointment, the $45 Wonder Woman Dawn of Justice onesie (with cape!) (and gold foil tiara on the hood!) is not a bad consolation prize (and the cape zips off).