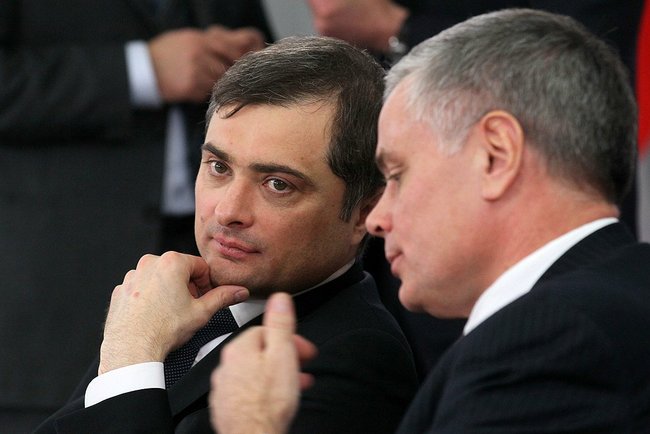 The Kiberkhunta hacker group has dumped 2,000 messages from Putin aide Vladislav Surkov's email, including two documents related to the Kremlin's plans to consolidate their annexation of Ukraine: "Priority Action Plan to Destabilize the Social-Political Situation in Ukraine," and "Concrete Action Plan on the Promotion of the Federal Status of Zakarpattia Oblast."

The first document set out a plan to support opposition parties in Ukraine, to spread "fake video and audio clips, and screenshots of correspondence between Ukrainian President Petro Poroshenko and his allies that details corruption at the highest levels of Ukrainian politics" and to "secretly use" anti-corruption campaigning parliamentary deputies Mustafa Nayyem, Sergei Leshchenko, Svetlana Zalishchuk, and Olga Chervokava.

The second document "details a plan to give Zakarpattia Oblast 'autonomous, federal status within the territory of Ukraine,' for which it proposes supporting local Ruthenian organizations."

The Ukrainian Security Services have authenticated the documents.

RuNet Echo has not been able to verify the authenticity of the documents, though the Ukrainian Security Service (SBU) has confirmed they are real: in an interview on TV station “112” on Tuesday, Aleksandr Tkachuk, the SBU head's chief of staff, said that “the majority of the documents” had been confirmed by the SBU.

Ukrainian lawmaker Anton Gerashchenko, an advisor to the minister of internal affairs, wrote on Facebook yesterday: “The hack of Vladislav Surkov's e-mail—it's true. The documents published by Kiberkhunta are authentic.”

Like the leaked e-mails, the passport scans do not prove that the documents are real; Kiberkhunta could, for example, have hacked Surkov's e-mail to get the passport photos and then fabricated the plans to destabilize Ukraine.