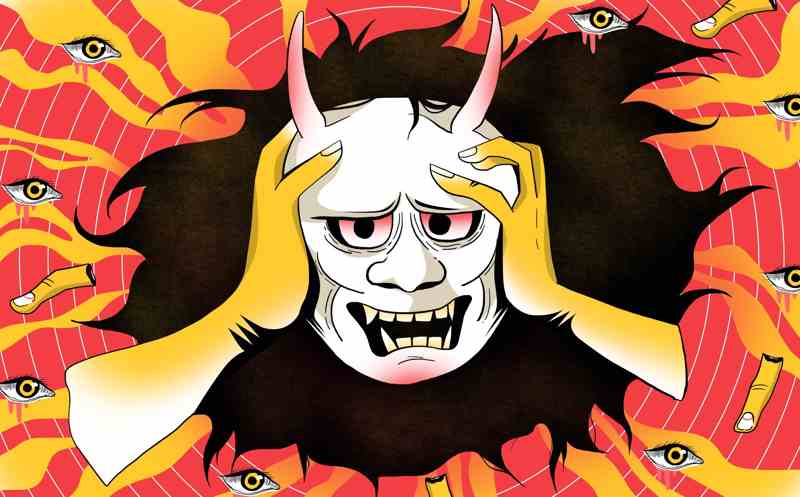 Japanese culture website Tofugu has a rundown of the best Japanese horror movies of all time. Number 6 on the list is Hausu, a cartoonishly gory flick from 1977.

This is what makes Hausu great. It's an absolutely childish horror movie. So much so that the characters are one-dimensional (their names even indicate their behavior). But it all plays into the experience. Watching Hausu as an adult means you're forced to think like a child and find scary the things children find scary. This makes for gory fun when the piano starts dismembering people, blood gushing out its sides.

Sometimes Hausu's blend of silliness and gore is perfect. Other times not so much. But despite the film's imperfection, it works because it's authentic. Though people in 2010 praised Hausu for its "wackiness," I think affection for the film comes from its authenticity. Hausu knows exactly what it wants to be and goes for it full force. Combine that with a childlike perspective and you've got a film worth falling in love with.