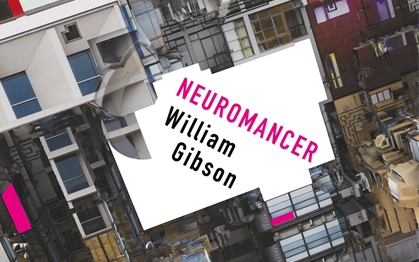 The cover images were generated by a computer program, designed by award-winning artist, Daniel Brown, which uses fractal mathematics to create unique 3-D shapes that he then explores, looking for interesting forms. After he has isolated and tweaked the shapes to produce something he likes, the program overlays elements of public domain photos of 1970s apartment buildings, to produce amazing Escheresque images of ‘impossible buildings’.

Daniel Brown said: ‘I had been experimenting with generating architecture via computer code. As a project it was still in its infancy and without real purpose. Then William Gibson contacted me, and stated it was exactly how he had envisaged The Sprawl. In an uncanny way the code found its own purpose.’