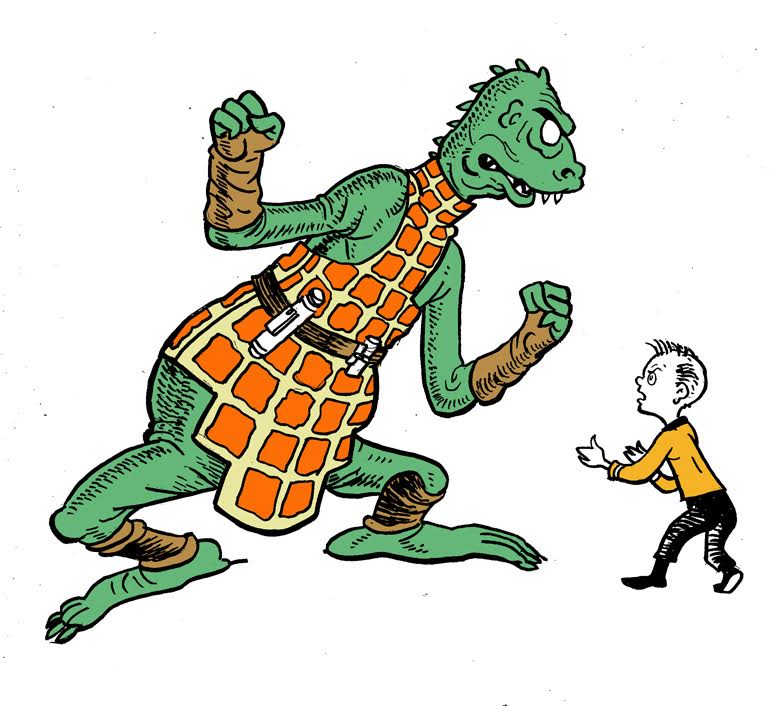 An all-star team of comics and science fiction people — impressario Glenn Hauman, writer David "Tribbles" Gerrold, and illustrator Ty Templeton — had their kickstarter for a Seuss/Trek parody "Oh, The Places You'll Boldly Go" unceremoniously shut down when the Seuss estate's notorious attack-lawyers threatened legal action, without any regard for the clear fair use at play.

Popehat's Ken White has lit his "Popehat Signal," looking for pro bono counsel to represent the creators against the dead hand of the Seuss estate.

I believe this project is protected by Fair Use. Under the first relevant factor, it's "transformative," in that it adds a new message or meaning to Dr. Seuss's work. It doesn't merely offer a Star Trek episode in Dr. Seuss style; rather, it uses the style to comment on and contrast the Stark Trek and Seuss sensibilities and styles. With respect to the "substantiality" factor, the parody only uses Seuss's recognizable and oft-parodied style; it does not copy actual art or story lines. With respect to the last factor, the work doesn't harm the market for Seuss's work. In other words, people won't buy less Seuss because they bought this parody.