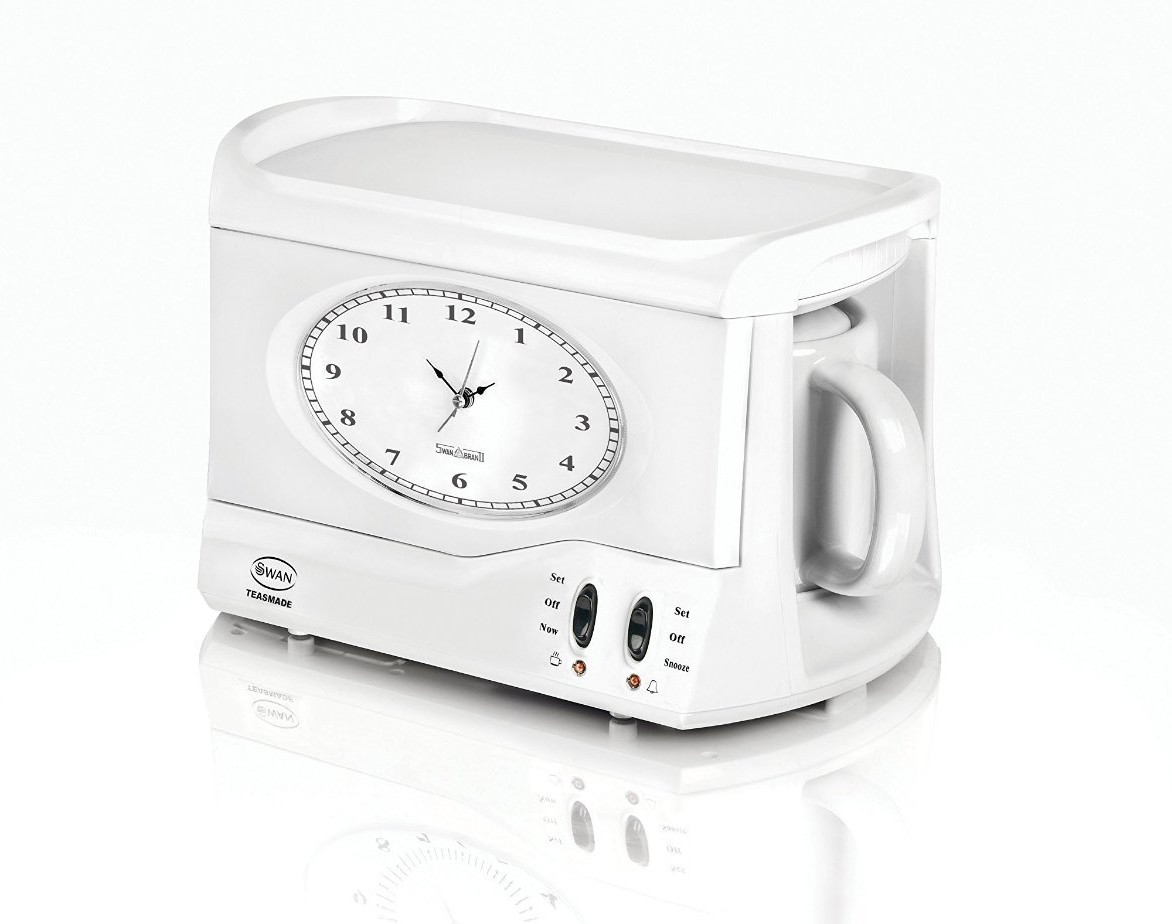 A decade ago, I made note of the fact that the iconic UK Teasmade alarm-clocks (which automatically brew a cup of tea using an improbable, Wallace-and-Grommity/Heath Robinson set of mechanical actions) were to be reissued, and today I come to find that they now exist and can be purchased in a model that runs on US electrical current.

The Teasmade reboot sells for $80, and scores top marks with reviewers. The company kept the classic styling of one of the late-original models -- I'm sure I saw one that looked practically identical at the Victoria and Albert Museum -- and designed it for bedside use, so you don't even have to stagger into the kitchen to get your first readymade cup.