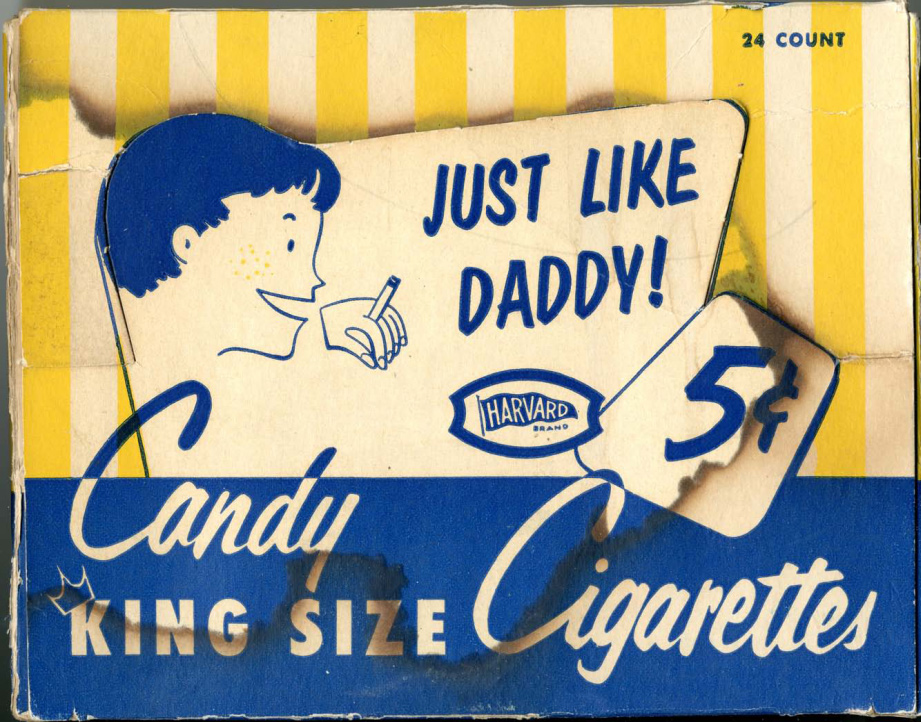 Stanford historian Robert Proctor amassed a remarkable collection of candy cigarette packaging in Golden Holocaust, like this candy cig marketed as "Just Like Daddy!" Yes, they were evil, but sometimes the best things in life are.

Big Tobacco often looked the other way as its names and logos popped up in candy aisles around the nation. "Not too bad an advertisement," a lawyer for Brown & Williamson once conceded to a candymaker. Some tobacco execs even supplied art specs for use on candy packaging.

There were also plenty of smoking-related toys. Who wouldn't want a Hanna-Barbera character blowing smoke rings with materials that children lit on fire! Lots more appallingly wonderful packaging over at Mother Jones.