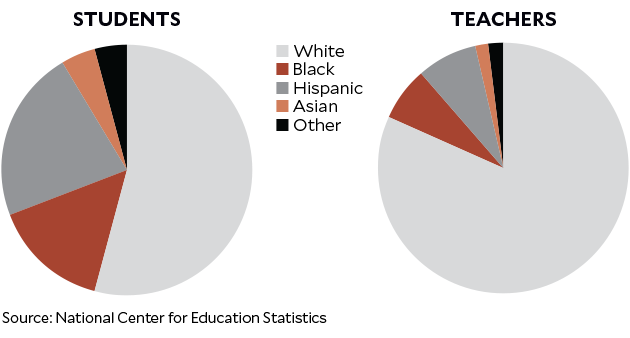 The article focuses on Darlene Lomax and her former Philadelphia teaching appointment at Germantown High School. Here's a short video about the piece:

Graph via Mother Jones based on 2016 NCES data of US student/teacher percentages by race.