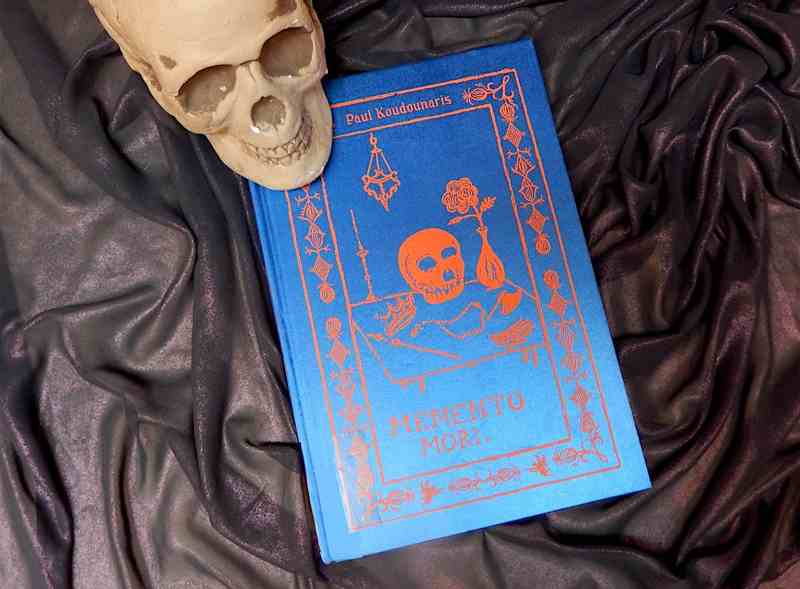 One of my most unforgettable travel experiences was visiting the Sedlec Ossuary in Kutná Hora, near Prague. This small 19-century monastery chapel would be unremarkable, except that it is decorated with thousands of human bones and skulls. There are skull- and femur-decorated columns, hanging garlands of bones, a chandelier made of every bone in the human body, and a replica of the Schwarzenberg family coat of “arms” – that also includes leg, finger, scapula, and coccyx bones! The memory of that space makes any Halloween display seem tame and unimaginative.

If Kutná Hora isn’t in your travel plans, check out Memento Mori, a spectacular book of essays and photographs by UCLA PhD and art historian Paul Koudounaris. His 500 color photographs here are arresting, both in subject matter and photographic technique. The handsome hardbound book includes a stunning centerfold of a bejeweled and gold-encrusted mummy. The detail and visual opulence of the photo justifies the giant four-page spread. I enjoyed reading the informative essays about the use of human bones as a form of remembrance in cultures around the world, from Europe to Thailand, Japan to Peru, and from ancient times to the present day. Here’s just one fun fact: there are two venerated human skulls (ñatitas) enshrined in the homicide division of the national law enforcement agency in El Alto, Bolivia. These two cranium crime-stoppers have provided “clues to difficult cases and have been credited with helping to solve hundreds of crimes.”

Memento Mori: The Dead Among Us