Not too late to host a "Weeny Witch" Halloween party tonight! 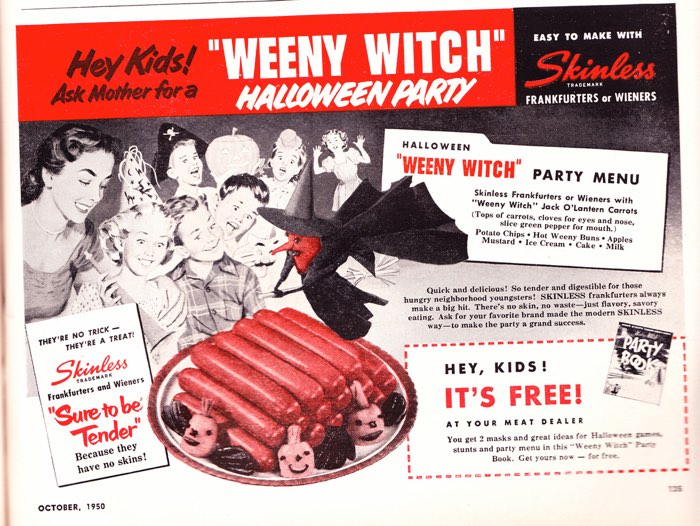 For several decades, the company behind the Skinless brand of hot dogs tried very hard to make "Weeny Witch" parties a thing. Unfortunately it didn't catch on, but perhaps the time is finally right. More information over at Weird Universe, including rules for a delightful party game called "Feeding the Weeny Witch."

Witches – hundreds of them – were seen paddleboarding down the Willamette River in Oregon on Saturday, surprising a lot of spectators who happened to be by the river that day. According to The Oregonian, they were part of a new annual event called the Standup Paddleboard Witch Paddle, which donated clothing to two different […]