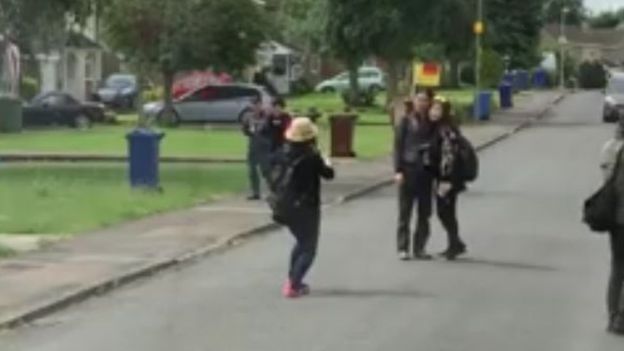 Kidlington is a village of 13,723 people in Oxfordshire where nothing much happens.

That was, until coachloads of Chinese tourists began appearing in the town, and the residents — as well as their garbage bins and front doors and gardens –became the subject of many fascinated photographs. The residents couldn't figure out what was going on, so they printed up a questionnaire in Chinese and English and started passing it out to the tourists, asking them to explain why they'd visited the village.

One of the tour guides filled in a form with the canonical answer: "Because we don't have [these] in China. Here, we are looking for the true sense of this country."

Previous theories for the cause of the influx included mistaken identity, a covert social experiment or possibly Oxfordshire's connection to Inspector Morse.

Baz Daniels, who has lived in Kidlington for more than 20 years, said he had been in touch with a friend in China to try to get to the bottom of the tourist influx.

"Kidlington is apparently being marketed by Chinese tourist agencies as a beautiful English village on the way to Bicester Village shopping centre," he said.

"Many of the visitors live in cities and love to see things like the hanging baskets and little flowers in people's gardens."

china / the true sense of this country / tourism / uk