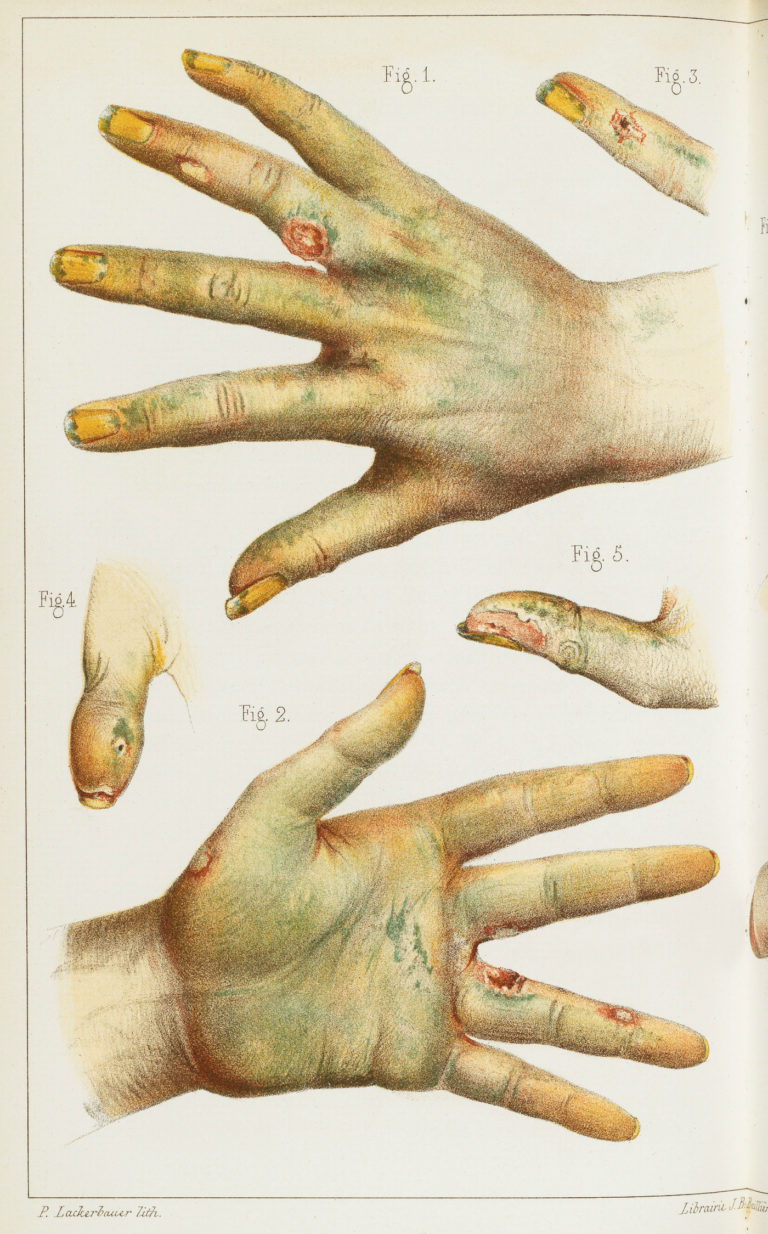 Lucinda Hawksley has printed 275 color facsimiles of Victorian wallpapers in Bitten by Witch Fever. Beyond their lovely design, the vibrant wallpapers shared a common trait: they were pigmented with lethal arsenic.

According to Hyperallergic, the problems started in 1814, when Wilhelm Sattler created Schweinfurt green. Made of arsenic and verdigris, it quickly gained popularity among Victorian designers, most notably William Morris, the famed progressive artist and leading light of the Arts & Crafts movement, known for his hand-printed wallpapers and textiles:

Most insidiously, the arsenic-laced pigment made its way into intricately patterned, brightly colored wallpapers and from there, as they became increasingly in vogue, into the Victorian home. As its use became widespread, commercial arsenic mines increased production to meet the near-insatiable demand. Not least of which was the UK’s largest mining plant, DGC whose owner was William Morris, originator of the British Arts and Crafts movement and arguably the finest wallpaper designer of his generation.

Morris, who benefitted from the arsenic mining industry, did not believe the pigments were connected to the spike in arsenic poisoning among his customers, dismissing it as "bitten by witch fever."

Bonus image via Hyperallergenic: a dominotière displaying her wares with a dress of wallpaper samples:

• Bitten by Witch Fever: Wallpaper & Arsenic in the Nineteenth-Century Home (via Hyperallergenic)