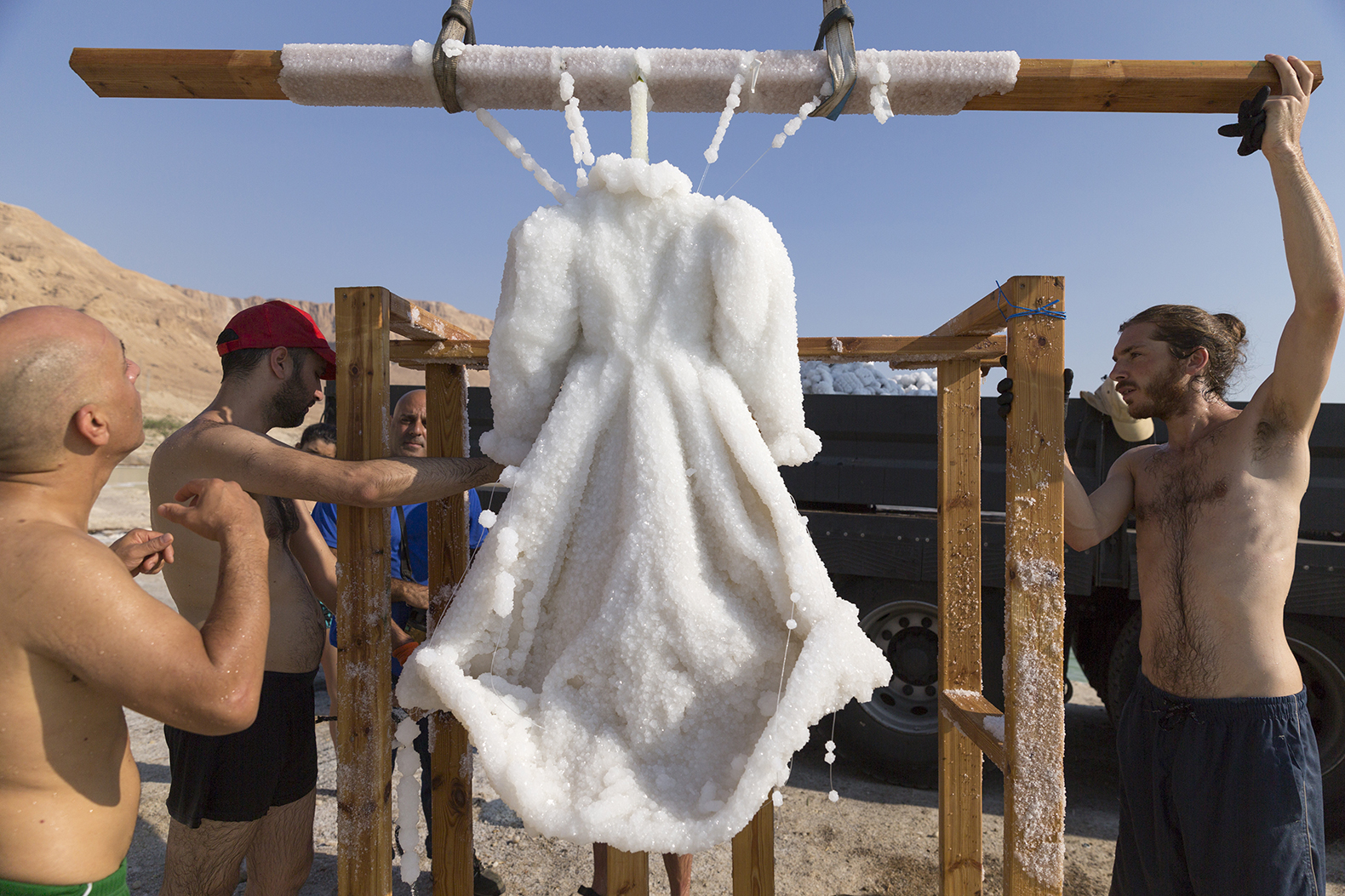 Sigalit Landau submerges everyday objects in the Dead Sea for months and even years until salt deposits transform them into otherworldly sculptures.

Below is the dress as it appeared before two years of submersion:

Bonus video: Sigalit took a pair of salted shoes to a frozen lake and recorded them melting holes in the ice.