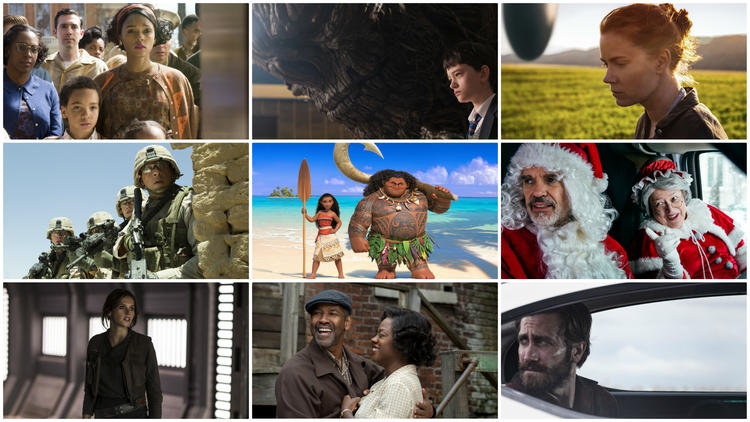 Yep, all in one place: a list of every movie coming out this holiday season.

Over at the Los Angeles Times, there's an exhaustive list of every single major theatrical feature release scheduled from now through the end of the 2016-17 holiday season..

Get out and see a movie in a movie theater with your friends and fam this year. If you're young and you grew up netflixing or whatever, check it out. It's like communal VR.

On the holiday movie release schedule tip, Entertainment Weekly has this rad little infographic calendar, below.

From the mystical realms of Doctor Strange to Rogue One: A Star Wars Story's galaxy far, far away and the musical interludes of La La Land, it's about to be a transporting holiday season for moviegoers. [T]he cinematic calendar is packed and ready to be unwrapped, boasting animated adventures like Disney's Moana, a return to J.K. Rowling's wizarding world in Fantastic Beasts and Where to Find Them and a host of movies that are hoping to find themselves on the Oscars ballot after we ring in the New Year.