Listening to each other at election-time: a one-page comic 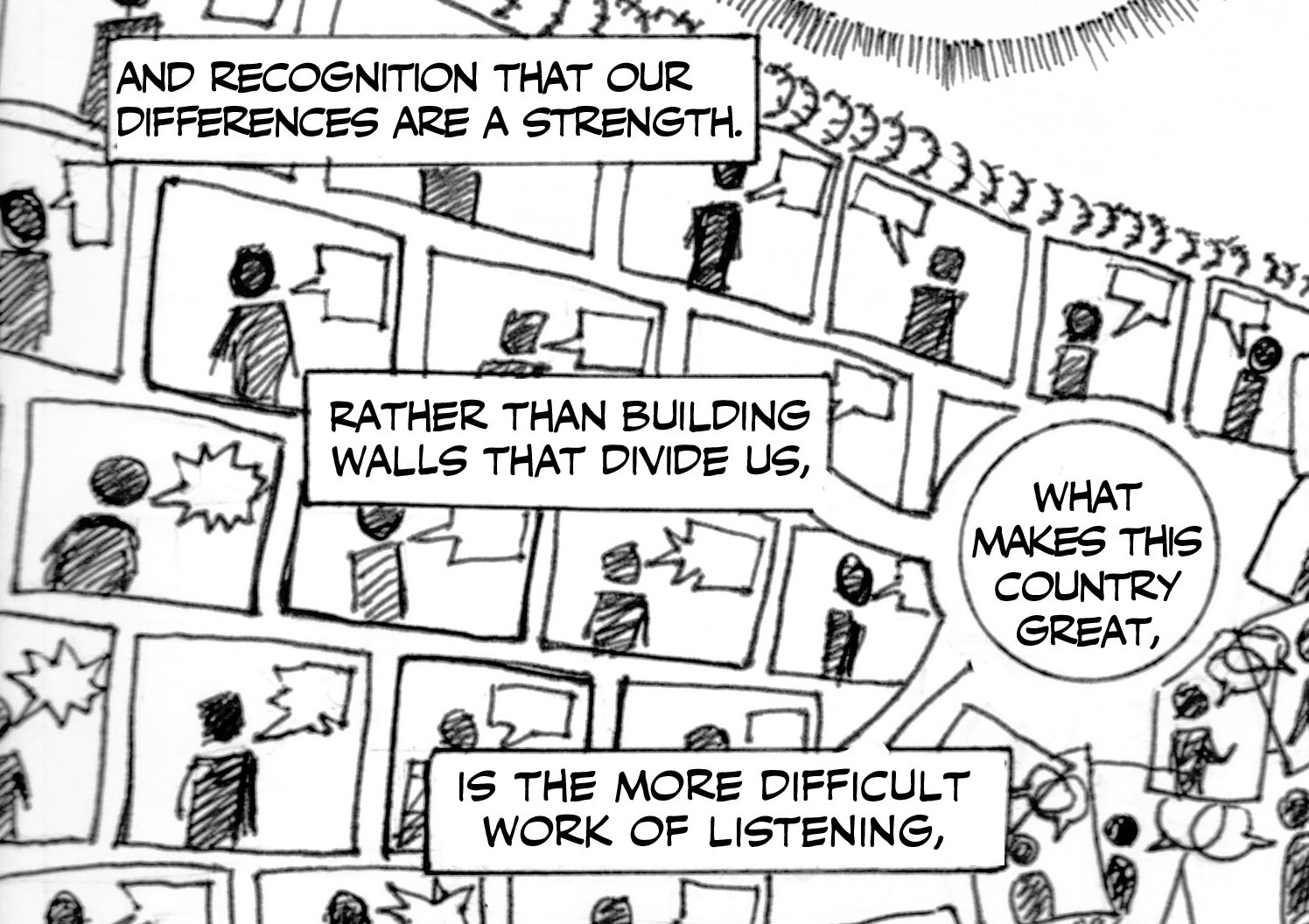 From Nick Sousanis, whose dissertation in comic-book form was accepted by Columbia University and published by Harvard Press.