Before Trump condemned post-election protests, he called on Americans to "fight like hell and stop this great and disgusting injustice" 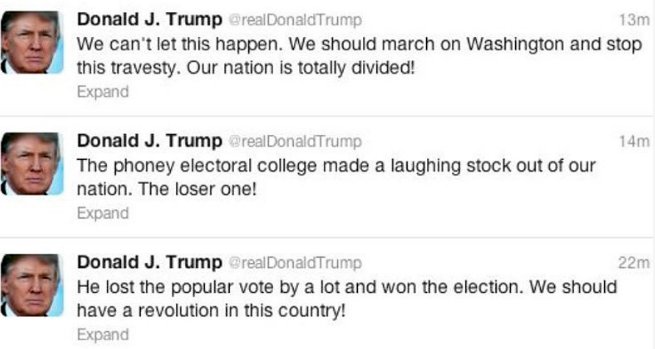 Donald Trump's inaugural presidential tweet moaned that "Now professional protesters, incited by the media, are protesting. Very unfair!" was posted even as he was deleting his 2012 post-Obama election tweets repeatedly calling for a "revolution."

Other tweets from that blurtstorm included a call to "march on Washington and stop this travesty" and a blanket condemnation of the "phoney" electoral college.

Donald Trump: What He Said Four Years Ago v What He Says Now
[LBC]