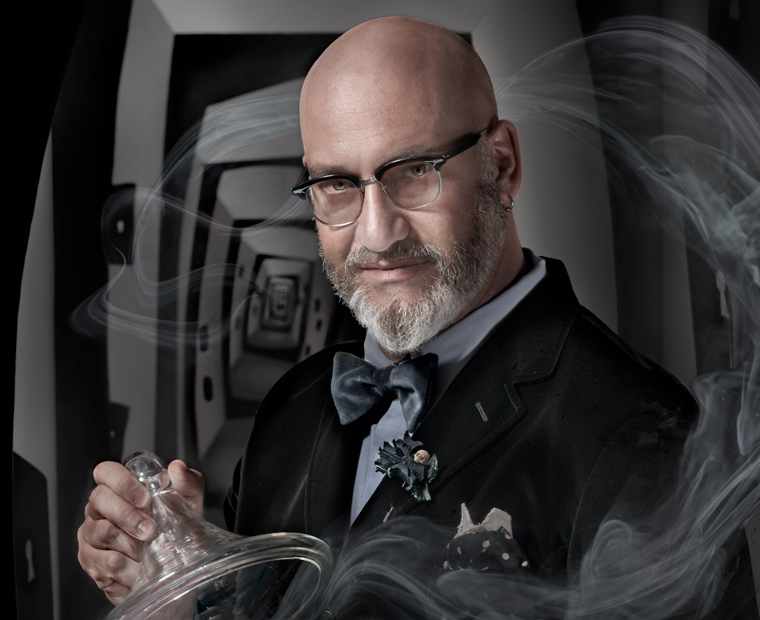 Our guest on the Cool Tools Podcast this week is our own David Pescovitz, co-editor and managing partner of Boing Boing and a research director at Institute for the Future. (Image: Ransom and Mitchell)

Okki Nokki Record Cleaning Machine ($499)
"It's built like a tank. It looks like a big, heavy record player without a tone arm. You put a record on it and squirt some cleaning solution on it. Then you turn it on and the record spins. You scrub it gently with a goat hair brush. Then, you turn on the vacuum feature and it sucks up all the fluid and dirt in a couple revolutions. It's amazing, really, how clean it makes the record."

"My son and I always joke that we can take a record that he's dug out of the dollar or five dollar bin, give it a good cleaning, put a new inner sleeve to replace whatever moldy thing is in there ... and it would be for sale at one of the hipster record stores in San Francisco Mission District for $25. … I buy these in bulk."

"This is a luxury, admittedly, because they're like $35 and it comes from Japan … It's this little square plastic container with this lump of solidified gel. It feels kind of like Jello, but a little firmer ... you basically dip the stylus into the gel and lift it back up, and whatever was on the needle is then held in suspension in the gel. ... I've had mine for three years and it's basically as good as new."

"We got this because my daughter, who's seven, really digs popcorn. She would eat it all day long if she could. My wife actually came up with this idea as a Christmas gift for her. The way it works is you put in the kernels, and then you put in the oil. We use peanut oil, it tastes really good with it. You turn it on and it just starts popping. The popped corn pushes the lid of the kettle and falls into the hopper. It tastes good. And it's super easy to clean. There's this little tray at the bottom of the hopper and you just brush all of the unpopped kernels into that and take it out and dump it. Then you pour like a half a cup of water into the kettle and turn it on and it boils very quickly. It just gets rid of all the burned on stuff, if there's any, then you wipe it out with a cloth."

"It's got a computer and motors so you don't even have to program anything. You turn it on, and use a handheld device, that looks like a phone handset, to steer the telescope to objects in the sky. You can pick an object out of the database and it'll move the telescope to point at that object. You can point the telescope yourself and it'll tell you what it is that you're looking at. It gives you a whole new relationship to the night sky."