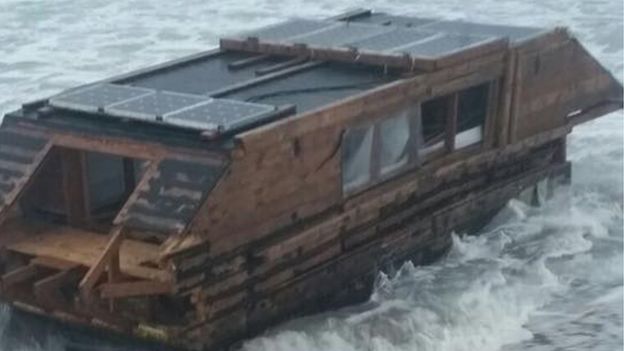 A small houseboat, believed to be that of Canadian eco-adventurer Rick Small, has washed ashore in Ireland after apparently drifting across the Atlantic ocean. It was last spotted in September in Newfoundland, reports the BBC, and there's no sign of Small.

Inside the the vessel there is a note that reads: "I, Rick Small, donate this structure to a homeless youth to give them a better life that Newfoundlanders choose not to do! No rent, no mortgage, no hydro".

Homeless youth of County Mayo: why move to London when you can have this?

The New York Police Department released this video from their rescue of a kayaker who got stranded on a tiny island in the Jamaica Bay estuary off the western tip of Long Island, New York. According to a tweet from NYPD Special Ops, the man, missing for 12 hours, "signaled for help by starting a […]