A gauge to accurately measure the force profile of a keypress 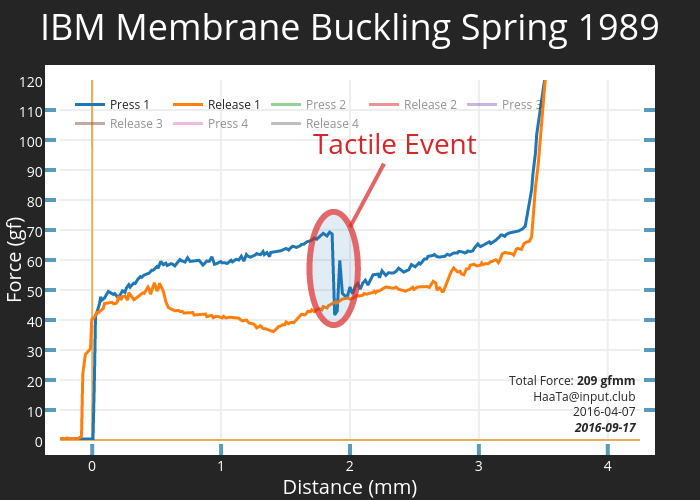 I take keyboards way too seriously. However, unlike most of you, I’m an engineer. This means I need facts, data, and real evidence before I can form an opinion. And this lack of actual information has always bothered me when it comes to how the keyboard community at large tends to review switches.

Similar in function to charts of speakers' frequency response, the gauge anchors subjective experience in empirical data that can be verified independently of manufacturers' claims. There are good and bad sides to this sort of thing. On one hand, it burns off technophile mysticism and helps prevents it from being sold on to low-information consumers. On the other hand, the desire to free phenomena from human experience is futile.