One third of California's trees are dead 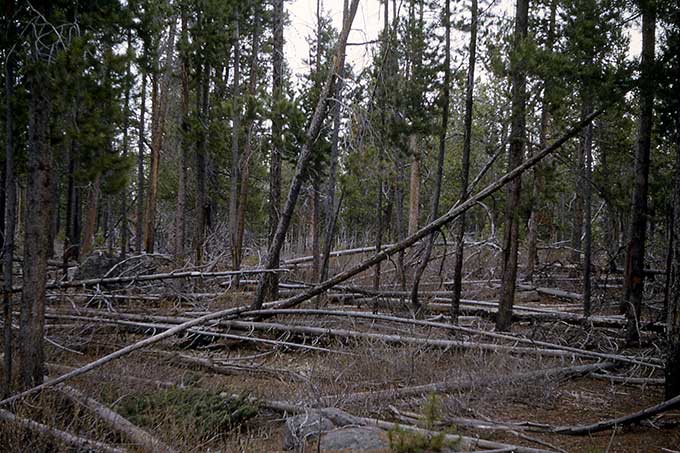 California's perma-drought has led to the death of more that 102 million trees in the last six years.

Scientists blame five-plus years of drought on the increasing tree deaths — tree “fatalities” increased by 100 percent in 2016 — but the rate of their demise has been much faster than expected, increasing the risk of ecologically damaging erosion and wildfires even bigger than the largest blazes the state’s seen this year.

“It’s not beyond the pale to suggest that this is a pretty unprecedented event in at least recent history,” said Adrian Das, an ecologist with the U.S. Geological Survey.

There is no political issue more pressing than the official inaction on climate change. With time running out to avert hundreds of millions of deaths and global migration, food, disease, and water chaos, with 73% of US voters believing in climate change (albeit with a mere 57% believing it is caused by humans), every one […]

PolyGlu is used by aid workers to force impurities in water to settle at the bottom of a container, making the water safer for drinking in areas where water is scarce or polluted.